“This time, I can’t help feeling that the dead have nothing to do with what has been happening to me.”

Something dreadful is happening underneath the skin of the world, something unnatural and unreal. Our dreams are full of portents. Everywhere, confusion clouds the mind. Alien forces corrupt our intentions, taking hold and steering us to empty places. 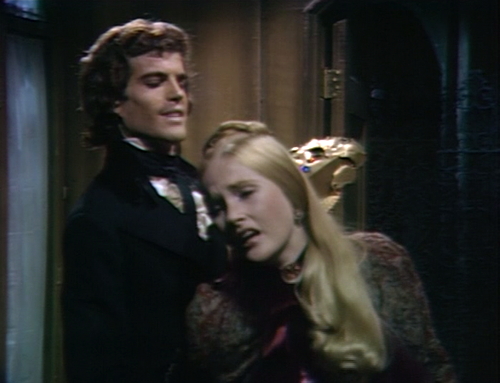 It finds the flaws in our nature, rich veins of avarice and anger. It does not need to conjure dark spirits from beyond. We have our own spirits close at hand, ready for use. 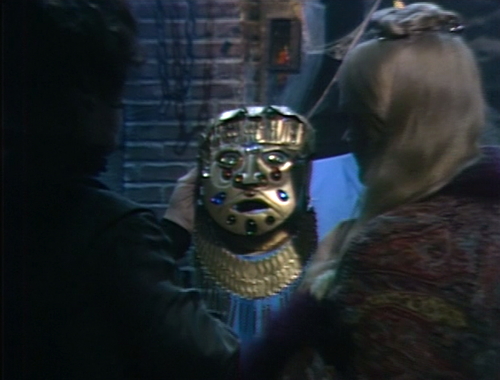 And downstairs, among the dead, it prepares for war. 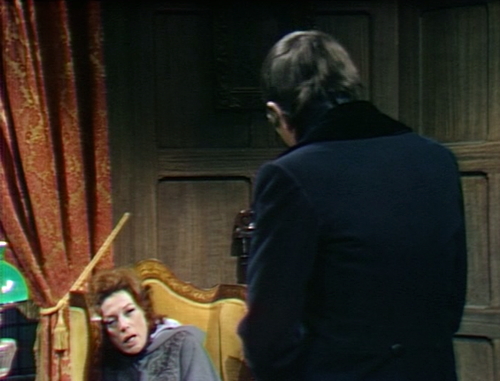 It’s over, we will say, in the false dawn to come. Why did I help him? And we will know. 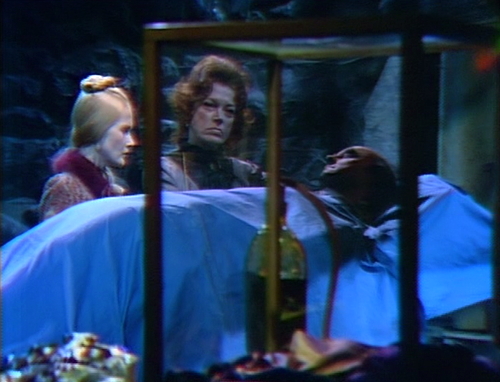 You can’t understand how I felt! we will say. I had to do whatever he said. I had to protect him, even from you, and I did it without remorse, without guilt. 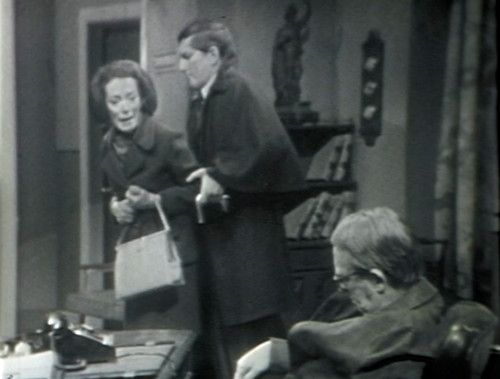 We have said these words before. 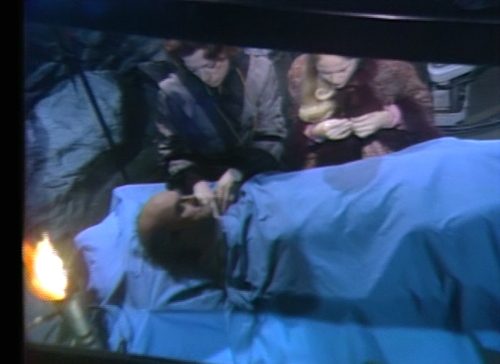 It is sewn together. It accumulates. So many threads, drawn to a close. How far does it reach? How many parts does it require, how many infernal episodes of terror and despair? 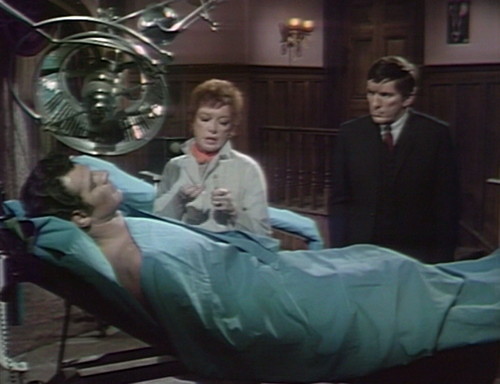 We learned these dark skills, this summoning power, in another time far distant. Another head, another thread, pulling tighter. We thought it was a choice. 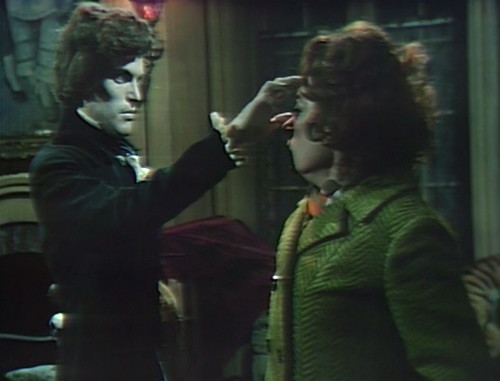 It feeds on lies, and betrayals. We have not let it hunger, you and I. We have fed it well. 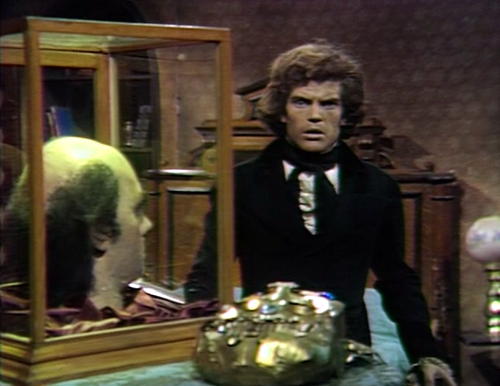 There’s a new entry here, we will say. And it’s in my handwriting! 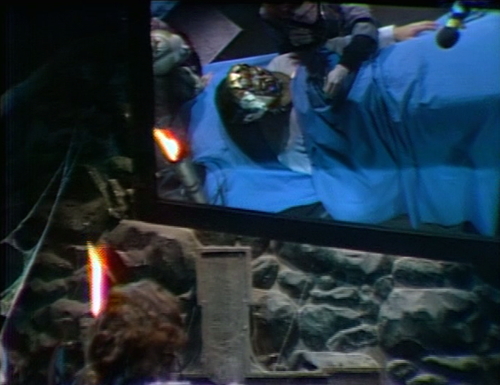 How long has it watched, and listened, and urged us onward? Who pulls the thread that brings together this horrid whole? 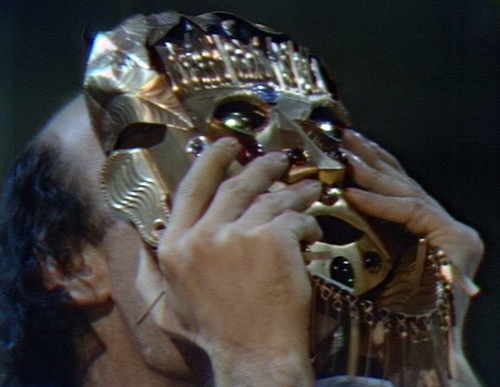 Something dreadful is happening, below the earth. And in our lies, it finds its own fulfillment.

Here’s another of my extra-curricular activities: I recently appeared on two episodes of Movin’ Right Along: A Muppet Movie Podcast, created by my friends at the fantastic Muppet-fan website ToughPigs.com. In each episode of Movin’ Right Along, hosts Ryan and Anthony invite a guest to discuss two minutes of The Muppet Movie, and I was invited to talk passionately about Miss Piggy in episode 21 and episode 22. Along the way, I talk about Miss Piggy as a mythopoetic trickster figure, and how a fictional character reached outside the fiction and actually changed the world. 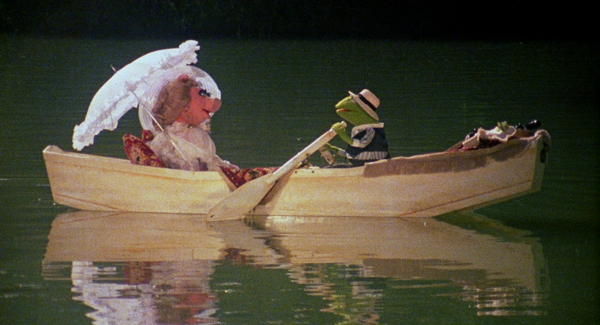 Daphne steps on one of Gerard’s lines at the beginning of their scene in act 1.

Gerard asks Daphne, “Do you ever smile? I’m sure that you would even be more prettier.” She does smile at this.

As Julia and Leticia’s first scene in act 2 begins, Julia looks up for her cue, in two different directions.

Gerard says that he remembers the woman Quentin told him about, and asks, “Is she still back in your life?”

Then they have this exchange:

Quentin:  I made exactly two copies — one I gave to Joanna, the other I kept myself.

Gerard:  I see, and you destroyed yours, and so this for, this must be Joanna’s.

Quentin:  That’s right. Why? Who — what is doing this to me?

Gerard:  There must be two reasons.

When Quentin walks Gerard to the drawing room doors, we can see the studio lights.

In general, the whole Quentin/Gerard sheet music scene is confusing. Quentin says, “I made exactly two copies — one I gave to Joanna, the other I kept myself.” So I guess he wrote the song, but he doesn’t say that, and we’ve never heard any reference to Quentin being a musician. Gerard just kind of goes along with it.

In the final scene, when Julia uses her stethoscope, the boom mic appears next to the mirror — as seen in the screenshot above. 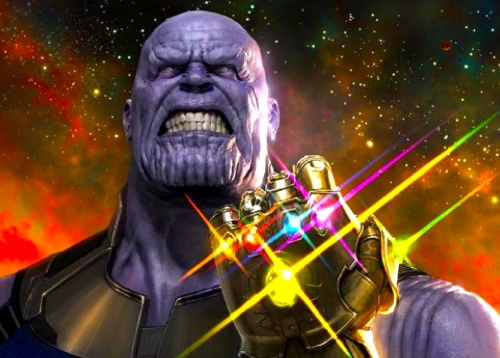