“If we’re never to find that out, we may never know.”

“Julia!” he exclaims. “Somewhere, in a room upstairs, someone, or some thing, is playing that music. Now, it can’t be very dangerous, because music is seldom used to frighten.”

By now you should’ve somehow
Realized what you gotta do 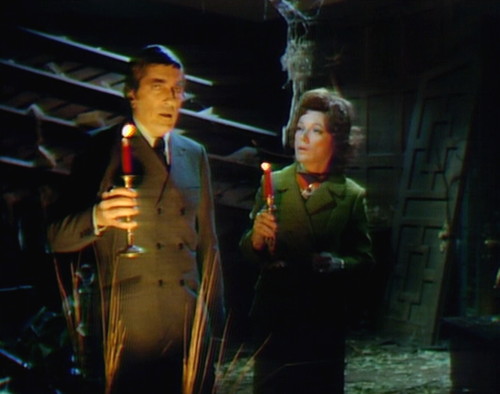 Backbeat, the word was on the street
That the fire in your heart is out

And all the roads we have to walk are winding

And all the lights that lead us there are blinding 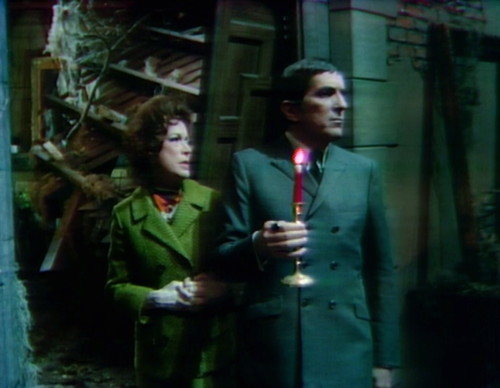 Because maybe
You’re gonna be the one that saves me 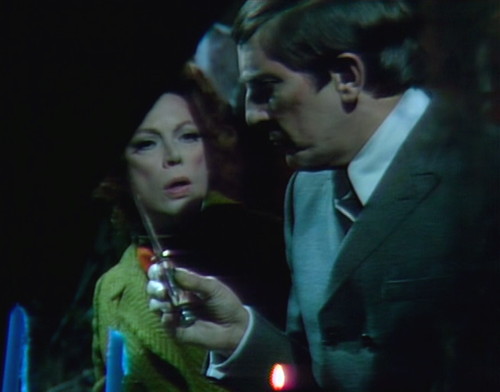 And all the roads that lead you there were winding 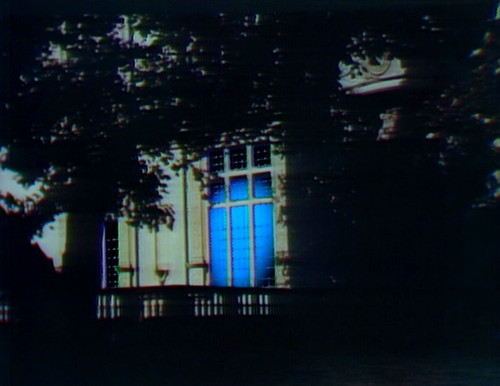 And all the lights that light the way are blinding 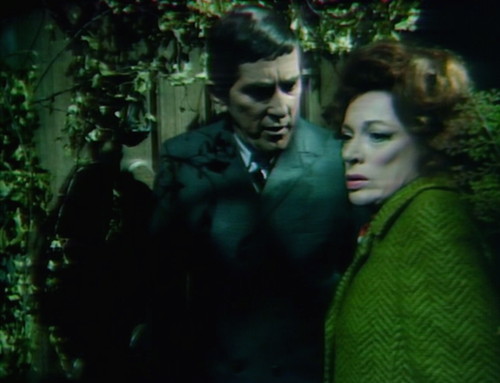 You’re gonna be the one that saves me 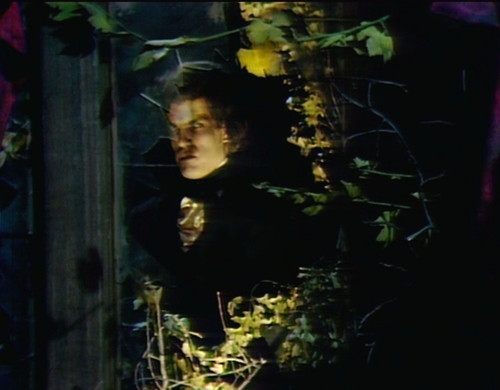 You’re gonna be the one that saves me

At the top of act 1, there’s an awkward out-of-focus close-up on Carolyn, which may be the result of staying on the wrong camera.

Julia tells Barnabas, “We don’t want anyone investing-gating us, Barnabas.”

After Julia lights her candle, she shakes the match out and then drops it on the floor. It’s not a blooper, really; I’m just mentioning it because I love when they do that.

Barnabas tells Julia, “If I’m convinced of what I think is right in this house, no weapon could help us.”

Barnabas tells Julia, “Our presence here is the only way we can be sure to see what it is that’s here.”

At the beginning of Carolyn’s scene with the Sheriff, there are footsteps in the studio.

After Barnabas and Julia are chased out of Julia’s room, there are a lot of footsteps in the studio — and then a door closing, and running footsteps — before their entrance on the landing in the foyer.

When Barnabas tells the Sheriff that he could stay at the Old House, the Sheriff pauses noticeably and looks at the teleprompter.

Barnabas tells Julia, “Tonight may be the last time we can find out what destroyed Collinwood. If we’re never to find that out, we may never know, and never be able to get back to our own time.”

Carolyn tells the Sheriff that the portrait of Barnabas was painted in 1797. I can’t remember offhand when the portrait was supposed to be painted — do we ever see it, in the 1795 story? — but Barnabas died in January 1796.

The end credits are crooked.

This is the first appearance of James Storm as Gerard; he’ll be on the show until February. Before Dark Shadows, Storm had appeared on another ABC soap, One Life to Live, as Dr. Larry Wolek — a major character who was recast twice in six months. The original Larry was Paul Tulley, who appeared for a month. Then it was Jim’s turn for five months, and in December 1968, the character was badly burned in a fire. When the bandages came off, Larry was played by Jim’s brother Michael Storm, who stayed in the role until 2004.

The unnamed Sheriff is played by Don Crabtree, for three episodes. Crabtree didn’t appear on TV much — a couple more soap operas (The Edge of Night and Texas) and a bit part on The Equalizer. But he had a successful thirty-year career in Broadway musicals, starting with the original cast of Destry Rides Again in 1959. In the 1960s, he was in a bunch of short-run shows that I’m not familiar with, including The Happiest Girl in the World, Golden Boy and Pousse-Cafe. But then he got very busy starting in 1978 in the cast of The Best Little Whorehouse in Texas, which ran until 1982, and 42nd Street, which ran from 1980 to 1989.

Julia’s room is very recognizable as Maggie’s room in Parallel Time; we spent a lot of time in that room over the last few months.

Also, for your information, the day that this episode aired was also the last day for Dark Shadows knockoff Strange Paradise, which aired from September 1969 to July 1970. I know, nobody cares.