“Well! Signs of life at last.”

I’m not who I thought I was. I’m someone else! Someone far away! 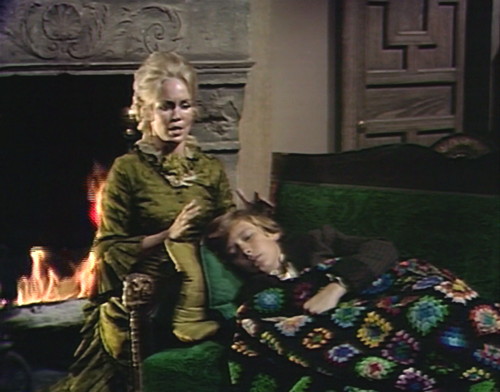 You must let that someone re-enter your body. 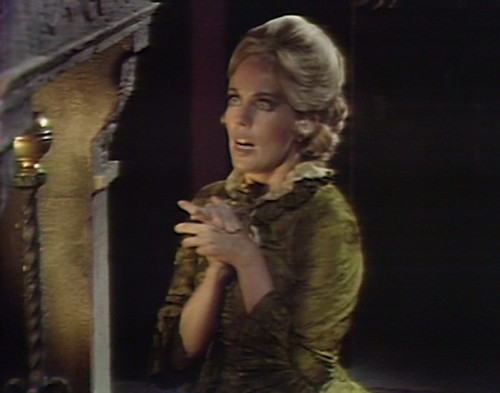 Master of darkness, I entreat thee to look with favor upon me!

I’m sure he told you all about me, before he sent you up here to taunt me!

I was beginning to think that everybody had died. 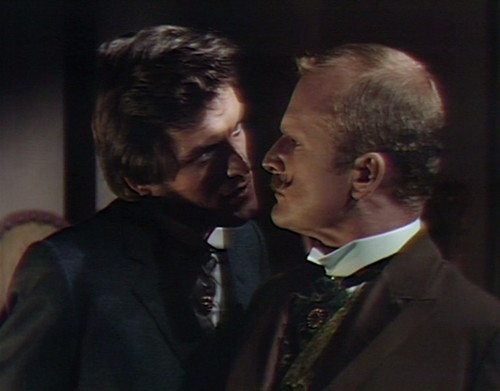 It happens to be the 28th of August!

But just knowing that it happened is frightening enough.

I entered into this agreement reluctantly, and I shall fulfill it no less reluctantly. 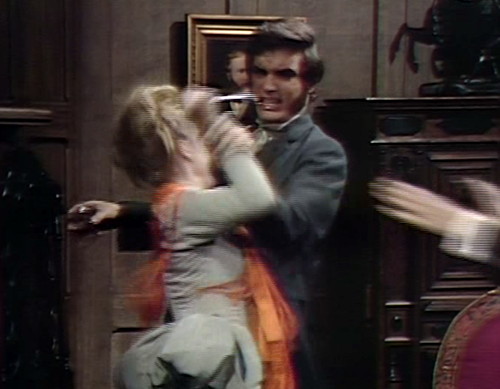 How much more of this madness must we endure?

I must have complete silence, in order to concentrate on the future. 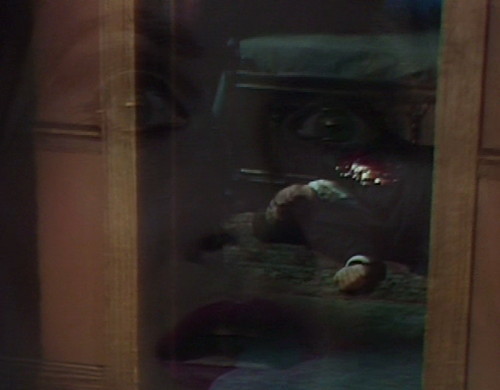 Tomorrow: The Book I Wrote.

When Jamison tells Angelique the last thing that he remembers, he can’t remember Victor Fenn-Gibbon’s name. “He certainly is a strange old man,” Jamison mutters. But when that scene took place, more than a month ago, they acted like Jamison and “Fenn-Gibbon” were great friends who spent a lot of time together.

To prove that Edward’s been out of action for a month, Quentin asks him what the date is. Edward says that it’s July 23rd, and Quentin informs him that it’s actually the 28th of August. As always, soap opera dates match up to the broadcasting dates — there’s no “in-universe” timekeeping that actually counts the number of mornings and evenings. Edward did fall under Count Petofi’s spell on July 23rd. But this episode aired on August 27th, so they missed it by a day.

When Angelique closes the drawing room doors, someone in the studio coughs.

Tomorrow: The Book I Wrote.

12 thoughts on “Episode 829: Things That Happen When Count Petofi Isn’t Around”