“This house has some hold over you, and I want you to resist it!”

I’d like to explain to you why this entry is so late, but I can’t. All I can say is that there’s some force trying to control me, to make me do things I shouldn’t do, make me go places that I shouldn’t go. I know that’s hard for you to accept, but I want you to try.

Or, at least, that’s the line that Joe is handing Maggie, and it seems to work, so I might as well give it a shot.

Lately, Maggie’s dreamboat fiancé has been behaving in a decidedly odd way. He’s been calling in sick to work, and breaking dates with no warning, and he says cryptic, contradictory things. Their method of coping with the strain on their relationship is to strike an anguished soap opera pose, and say dialogue to each other.

Maggie:  Joe — this strange way that you’ve been behaving — there’s got to be some reason for it. Can’t you tell me what it is?

Joe:  All I can tell you is that it has nothing to do with the way I feel about you.

Maggie:  Can’t you tell me more than that?

She says that she will, but honestly, he’s not giving her a lot to work with. This is one of those audience-participation games where they give you the character’s reaction, and it’s up to you to figure out what she’s thinking. What could she possibly imagine is going on?

The options that I think would spring to mind are: he’s having an affair, he’s on drugs, he’s committed a crime, or he’s witnessed something terrible and is afraid to go to the police.

Or he’s suddenly gone insane, I suppose. At one point, he tells her, “Let me stay here tonight — in this house, with you. Sit up with me all night — don’t let me out of your sight. If I want to leave, don’t let me. And lock the front door. Lock all of the doors.” She says all right, because you can’t really argue with this expression.

So they hang around the house for the afternoon, until the sun starts setting, and he suddenly panics again.

Joe:  Wait a minute. We’re getting out of here.

Joe:  Now. Out of Collinsport. We’re just going to get in my car — and leave.

Joe:  Maggie, I’m asking you to leave Collinsport with me now, forever! It’s the only thing we can do, Maggie, it’s the only solution!

But then there’s the sound of a dog howling outside, and Joe assumes another of his new line of haunted facial expressions.

Maggie says, “Joe, tell me what’s going on. Maybe I can help you.”

She tries to stop him, but he throws her to the ground and bolts out the door. So that settles it: Joe is having an affair with a dog.

He comes back a few hours later, but his time off doesn’t seem to have done him any good at all. He’s still staring and panting and not telling Maggie things. He tells her that there’s a force that’s trying to control him, and he needs her help to resist it.

Joe:  You’ve got to watch me tonight. Be with me. Don’t take your eyes off me. Don’t let me get away like I did this afternoon. If I start to leave, just take something — hit me over the head. Do anything you have to, to keep me here with you!

So we get one of those scenes where a character is communicating with a mysterious voice that nobody else can hear. This leaves some gaps in the conversation, which from Maggie’s point of view is kind of a live version of Garfield Minus Garfield.

Joe:  No. I’m going to fight this time! Maggie, don’t let me leave!

So, yeah, it looks like “suddenly gone insane” is definitely still on the table.

But Joe hits on an idea — if he can sleep through the night, then maybe he’ll be able to escape whatever it is he’s trying to escape from. He asks Maggie for some sleeping pills, and then stretches out on the couch.

He tells her that once he’s fallen asleep, she should try to wake him up — and if she can’t, then he’ll be okay, and she can get some rest too. This is not one of the all-time great plans, but at least it’s something.

A couple hours later, of course, the mysterious voice calls back, and he gets up off the couch. Maggie’s asleep in her bedroom, so she doesn’t realize that he’s gone until it’s too late.

So, the moral of this story is that they should have been sleeping in the same bed. If Maggie was sexually active, she wouldn’t have lost her fiancé to a devastatingly seductive dog. That’s a terrible moral, but I’m afraid it’s the only one we have.

The credits roll starts in the wrong place today. They usually begin with the cast list, and then the production crew, and they end with the “Dan Curtis Productions” copyright notice. Today, the credits start over a black background, with the words “produced by Robert Costello”. The camera fades up on Nicholas’ drawing room, and it runs through the crew and past the copyright notice, then loops back and does the cast list. 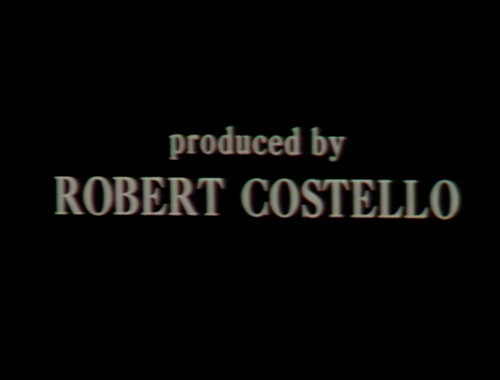 15 thoughts on “Episode 573: This Strange Way That You’ve Been Behaving”