Sam Hall died on Friday, September 26th, at the age of 93. The news was announced, in a quiet way, on his son Matthew’s blog.

I may have mentioned, once or twice, that Sam Hall was the greatest writer on Dark Shadows — which I’m sure sounds like the faintest possible praise, but it means a lot to me.

Dark Shadows is the most surprising, and therefore the best, television show ever made, and Sam joined the show at a crucial moment — in November 1967, when the breakout character was just on the verge of breaking the show. The Barnabas storyline had turned the slow-moving soap into a hit, but the story was starting to run in circles, and it needed a change in direction. Sam brought wit, intelligence and fresh ideas to Dark Shadows, just when it needed it the most. He saved the show.

Sam was born Allison Samuel Hall on March 11, 1921, in Carrolton, Ohio. His father owned the Surety Rubber Company, a rubber gloves manufacturer, and it was expected that Sam would help to run the family business.

He graduated from Dartmouth College in 1942, shortly after the United States entered World War II. Sam was drafted, and in 1944, he served in a support depot near the front lines during the Battle of the Bulge. After the war ended, Sam returned to the US.

In 1947, during a trip to New York City, Sam was set up on a double-date with an actress who was known at that time as Shirley Grayson. According to her biography, Grayson Hall: A Hard Act to Follow, “The date with Sam… did not go well. ‘I don’t remember what she said, it was something about her fiancée I think. Whatever, it pissed me off. I excused myself, paid the tab, and left.”

Three years later, Sam was getting a master’s degree in playwrighting at Yale’s School of Drama, and he was invited by a friend to a party at Shirley’s apartment. On their second meeting, it was love at not-quite-first sight, and she sneaked out of her own party to spend time with him. He called her Grayson — “like an old Army buddy,” she said. They married in 1952, and several years later, she adopted Grayson Hall as her professional name. 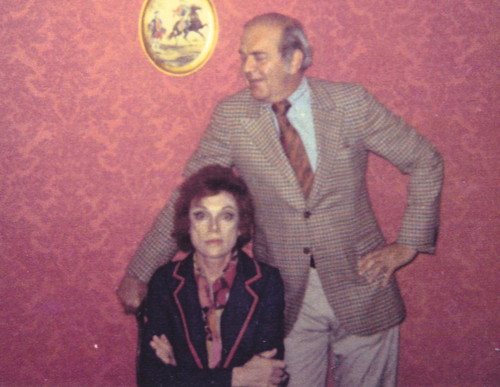 Grayson and Sam lived in an apartment in New York, earning a living as an actress and a writer. Several of Sam’s plays were produced on television in the mid 1950s. He wasn’t particularly interested in TV, but in 1958, he was offered a job on the soap opera The Brighter Day — and with a child on the way, he took the steady job.

“I was really young and rather silly,” he said, in a 2009 interview for Roll magazine. “I loved the producer of Brighter Day, Terri Lewis, and she was a fan of mine. The main character was this very pompous minister, and I would make fun of him by writing the most pompous possible speeches for him and then coaxing Terri to keep them in for my own enjoyment. I remember one of the most pompous speeches — because he was always talking in fake minister-isms — in which he told his sister — this is a direct quote — ‘If life is a river, love is a channel through which the ships pass.’ I conned Terri the producer into letting it go through. The actor, of course, loved it and gloried in it. And it was one of the worst moments of television of the year.'” 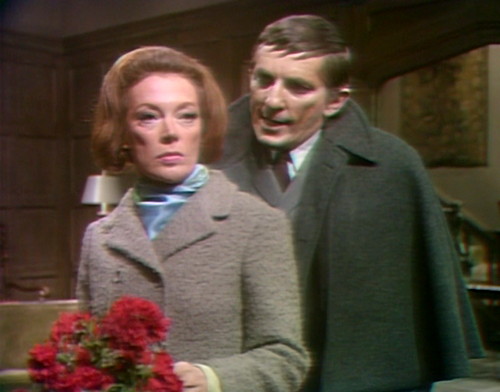 In 1967, Grayson got what she thought was a short-term job on Dark Shadows as Dr. Julia Hoffman, an eccentric blood specialist who would discover that Barnabas was a vampire and then be killed off. But Grayson was strange and funny, and had unbeatable chemistry with Jonathan Frid, and she stayed on the show.

Grayson and Sam’s son, Matthew, described how Sam got involved with the show in a piece written for The Dark Shadows Companion: “Mom threw a party [to celebrate returning to work after the AFTRA strike] and had the cast to our apartment. Very late into the evening, Dad found himself embroiled in a long conversation with Dan Curtis. Dan asked my father to write for the show. Dad, who did not consider a question asked at two in the morning to be a serious business proposal, told Dan that if he was serious, he could call and ask him tomorrow. Dan called the next day, announced he was serious, and offered my father the job.”

“In our innocence,” Sam wrote, in his own piece for the Companion, “we did everything — wrote the long story, created the characters, blocked each daily script, then actually wrote the dialogue. None of us had authority over the others. Dan Curtis was the head writer. Once a week, at least, we had what seemed eighteen hour sessions with Dan Curtis. Sometimes it actually was. Dan would read our proposed outlines for each day, tear them apart. But he always put them back together with vengeful enthusiasm (and sometimes a startling amount of talent), which often left us with nothing but damaged, angry egoless wails… The writers who stayed with us longest, always had a built-in craziness. Normal people just couldn’t write the show.” 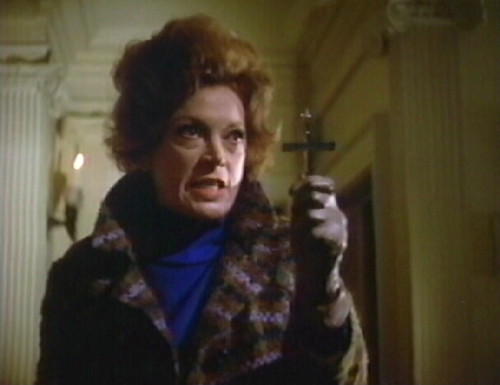 In an interview recorded for a Dark Shadows DVD feature, Sam said, “We stole things right and left from all the horror classics, including the werewolf, which worked for a while, and a lot of the great American short story writer, Lovecraft. I only wish that Stephen King had been alive then, because he could have kept the show going for a hundred years.”

Sam stayed on the show until the end of its run, and he also co-wrote the scripts for both spinoff movies, House of Dark Shadows and Night of Dark Shadows, while the daily show was still in production.

Eventually, they all got tired. In Roll magazine, Sam said, “I [felt] the show did end prematurely since the man who owned it — he was the lifeblood of it — was a true madman. [Dan] kept trying to make it scarier and scarier and scarier, until finally even I, who was writing it, couldn’t follow his thought process.”

After Dark Shadows, Sam wrote two episodes for ABC’s anthology series The Wide World of Mystery. In 1976, he co-wrote The Adams Chronicles, a 13-part PBS miniseries that he described as “the only decent, respectable television I really did.” 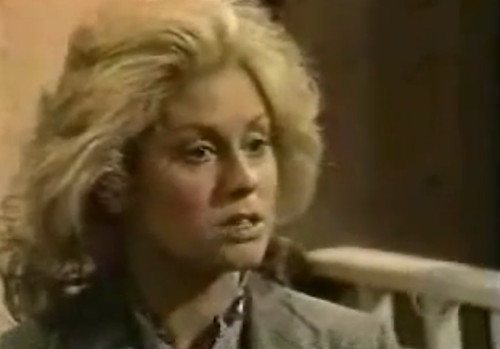 In 1978, Sam joined fellow Dark Shadows writer Gordon Russell on the ABC soap opera One Life to Live. Sam worked on the show as one of the head writers until 1984.

Gordon and Sam wrote one of One Life to Live’s most memorable stories — Viki Lord’s 1979 trial for the murder of Marco Dane. During the trial, housewife Karen Wolek (played by Judith Light) cracked under cross-examination and revealed, in an emotional speech, that she was working for Marco as a prostitute. The high-drama episode earned Sam and Gordon a Daytime Emmy nomination, and Judith Light won the Emmy for Outstanding Lead Actress.

Sam was also responsible for developing OLTL’s archvillain, Dorian, as well as the popular Buchanan family — Asa, Clint and Bo — who came to Llanview in 1979 and never left. This is generally assumed to be a response to the popiular night-time soap, Dallas, which began in 1978. But Sam said, “I never thought about Dallas at all. I bought a house in Bucks County, in the Hudson Valley. There was an estate on the Hudson that was bought by a man who was divorcing his wife, and he bought this estate for his Texas mistress who drove around in a convertible with a gun in the glove compartment. The Buchanans were all based on her.” 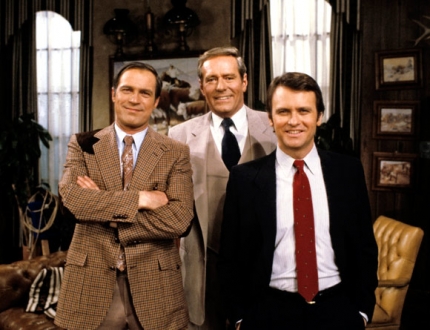 In an interview for Llanview in the Afternoon: An Oral History of One Life to Live, writer Don Wallace remembered, “Sam is one of the most delightful, creative, crazy people I’ve ever known… We were sitting in the studio one day, in the writer’s office upstairs, tossing ideas around during a meeting. There were monitors so you could watch what was going on down on the set; I’ve forgotten the circumstances, but during this particular rehearsal, we had a small child in a scene — maybe about three years old. Sam became fixated by this kid on the monitor — he was staring off into space while he was sitting on someone’s lap. Sam said in his inimitable manner, ‘What on Earth is that child looking at?’ I said, ‘Sam, he’s probably just looking at his mother or someone who’s just outside the set.’ And Sam, without missing a beat, said, ‘We should have hired an orphan.'”

ABC Daytime executive Jozie Emmerich said in Llanview in the Afternoon, “Sam contributed greatly to that show. He’s a great curmudgeon, but he always had that wry sense of irony about everything. Whether or not he did it for the money, he did a good job. He didn’t just throw it out — he did work, whether he will admit it today or not, there’s no doubt about it, because of what the result was. Those writers cared about the characters. I’d say Sam had a little more fun than he’d admit.”

Sam left One Life to Live in 1984, and went on to be a head writer for three more soaps — Another World, Santa Barbara and General Hospital — although none of these lasted longer than a couple years. 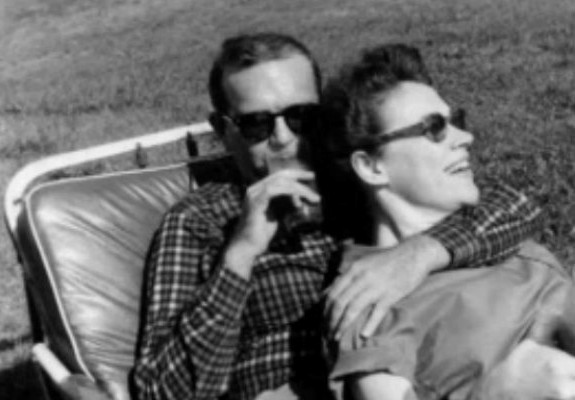 In 1990, Sam worked on the nighttime revival of Dark Shadows, although he had a falling-out with Dan Curtis over Dan’s treatment of the writers.

Sam retired from television work in the 1990s, when he was over 70 years old, although he continued to write plays for many years. He was always sarcastic and grouchy when he reflected on the shows he contributed to. “I’m not particularly proud of any of them,” he told Roll magazine. “I always really wanted to write plays, and kept writing plays throughout my entire television career, without much success. In my regretful moments, I think: God, why did I do this? I did it because I had a wife and a child. One had to support them.”

When asked if he thinks the continuing popularity of Dark Shadows is deserved, he said, “No, I don’t think it is. But it still exists and still has fans. I don’t really understand it.” 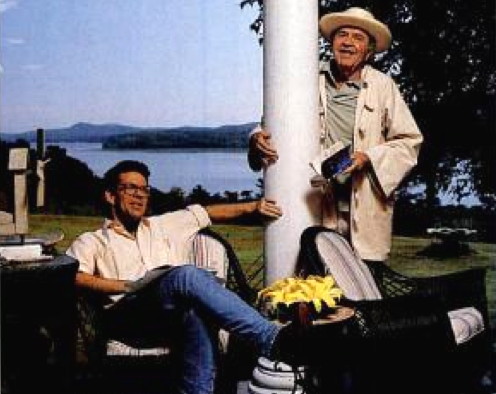 In all of the interviews of Sam that I’ve read or watched, he’s always thoughtful and witty, self-deprecating and very sharp. Here’s one more quote, because I love it — in 1989, he told New York Magazine, “Soaps change the way you look at life. You find yourself sitting chatting with friends, all the time thinking, I bet she’d be happier if she left him for that one over there.”

So that’s Sam Hall, my favorite writer on my favorite show. The crazy four-year project of Dark Shadows Every Day is, in some ways, an examination of how Sam shaped this wonderful, funny and deeply strange show. He made something that I really love. With appreciation, and great respect: Thank you, Sam. 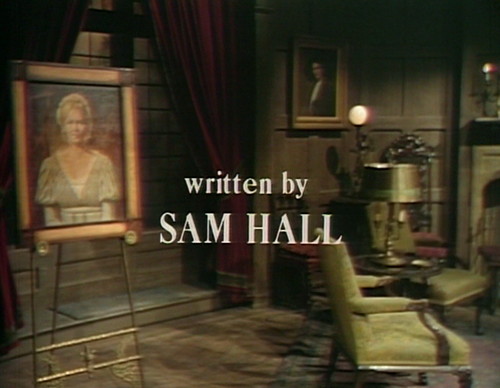 If you want to learn more about Sam and Grayson, R.J. Jamison’s biography Grayson Hall: A Hard Act to Follow is a wonderful book. It’s also ridiculously affordable on Kindle, and you should basically be reading it right now.

19 thoughts on “Sam Hall: In appreciation”