“It’s almost as if this arm had been drained of blood.”

Yes, Jason is examining Willie’s bandaged wrist, and that’s his brilliant diagnosis, because Jason is clearly a well-known arm-blood specialist. How does a person go about losing blood just in his arm? 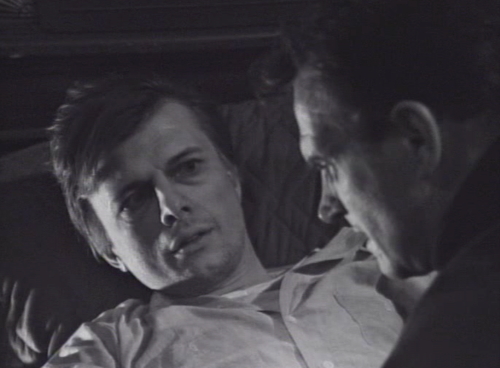 But this is a soap opera, and it’s 1967, and there’s no way that they’re going to show Barnabas chowing down on a dude’s throat. Yes, I know that right now we’re looking at a scene of two guys in bed together, but they’re just good friends talking about arm-blood, and stop changing the subject.

The point is: the vampire bite is a sexual act. That’s the naughty daytime-TV thrill of this storyline, and that’s what the audience is starting to respond to. Barnabas is tall, dark, well-bred and (if you squint) handsome, and over the next few weeks, we’re going to watch him seduce a pretty young woman by moonlight. Sure, then he kidnaps her, dresses her in a wedding gown and tells her that she’s his dead girlfriend, but relationships are complicated.

So we can’t start this off with Barnabas getting all up on a guy’s neck, even offscreen. He was thirsty when he first woke up, so he bit Willie on the wrist and just drank the arm-blood. It’s kind of like a handshake. Although what this all means re: the dead calf is difficult to say. 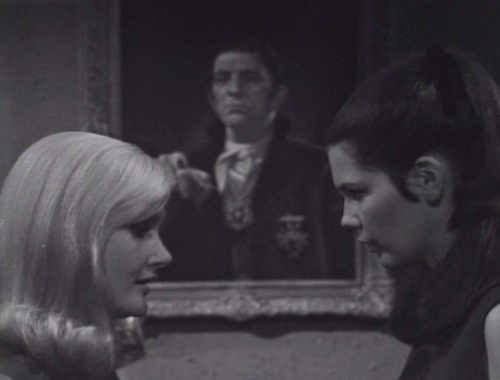 Meanwhile, Carolyn and Vicki are down in the foyer, and they’re still playing Where’s Willie. He’s upstairs, girls, we found him. The portrait of Barnabas watches as Carolyn recaps Willie’s mysterious illness.

And I’m just gonna go ahead and say it. This episode aired in April 1967. Stanley Kubrick was filming 2001: A Space Odyssey over the spring and summer of 1967. Now, I’m not necessarily saying that Kubrick stole the idea of HAL reading the astronauts’ lips directly from Dark Shadows. Maybe the cinematographer saw it, and Kubrick heard about it from him. Or anybody on the crew, really. 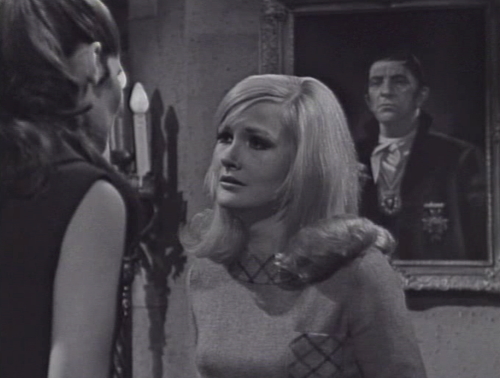 For Dark Shadows, this idea that portraits are “alive” is a key part of the iconography. By this point in the show, we’ve already seen that Josette’s spirit is connected to her portrait at the Old House, and they just wrapped up a storyline about David’s dead mother which featured her portrait very heavily. There are several other important portraits over the course of the series; it’s a well that they keep coming back to.

The portrait is a perfect metaphor, and it’s actually surprising that it wasn’t picked up and copied by other fantasy TV shows. The concept of “magic” is all about treating a symbol as if it were the thing that it represents. Later on, when there’s an actual witch on the show, the first spell that she casts involves strangling her victim remotely by choking a toy soldier with a handkerchief.

So on Dark Shadows, a portrait can be a mirror, and if the portrait changes, then the person changes too. (That’s taken from The Picture of Dorian Gray, which they directly reference during the 1897 storyline.) But the portrait can also be a spy. While you’re looking at the picture… it’s also looking at you. 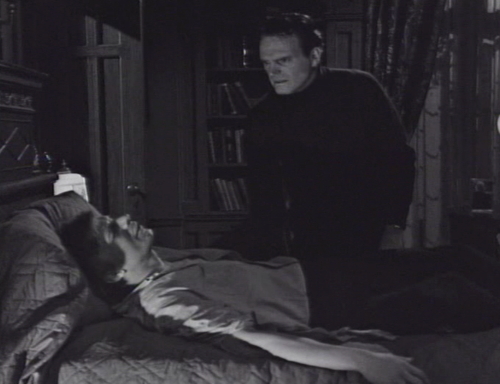 Meanwhile, it’s act three and Willie’s still in bed, and it starts to sink in that Barnabas probably won’t be in this episode. They could only afford a limited number of actors with speaking parts for each episode, usually four or five. They splash out occasionally on an extra actor to make a surprise appearance at the last moment, as Barnabas did when he walked into Collinwood last week. There were actually seven people in episode 211, including the Caretaker, unfortunately, and that’s an expensive luxury that they have to balance out with a bunch of four-person episodes.

So Willie needs to stay in this bed and rest; we can’t have him getting up and leaving the house, where he might run into more actors. That kind of thing runs into money.

Jason tries to explain this, but it’s almost sunset and Willie’s getting restless. He says he’s feeling better, and he has to go. Jason forces him back into bed, and says, “I’m going to stand right here and watch over you, and see that you don’t do anything stupid again.” 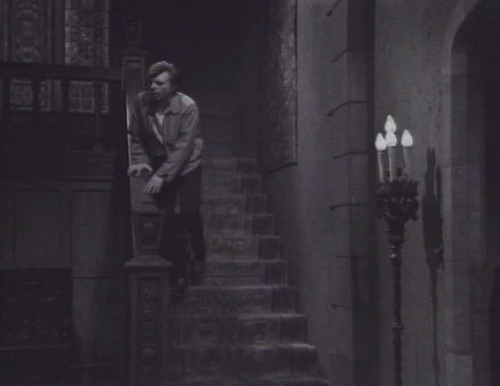 Willie closes his eyes, and it is literally six seconds later that Jason says, “Willie?” and then leaves the room. Apparently telling somebody that you’re going to watch over them is the key to setting the Collinsport land speed record.

Willie sneaks downstairs, and he hears the pounding heartbeat sound as he approaches the portrait. He says, “I hear ya callin’ me. And I’m coming.”

Then Jason spots Willie — and they’re off! It’s the annual running of the Loomises. Willie bolts outside.

Jason stands at the door and shouts at Willie to come back, which almost never works. 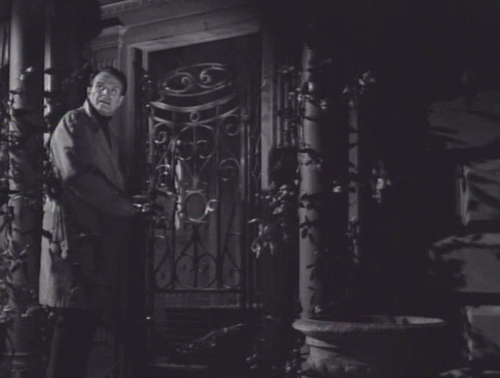 So Jason drives to the cemetery, and approaches the mausoleum. We’re getting close to the end of the episode now. Either Jason’s going to find Willie or he’s not, and my money is on not.

We finish with a heartbeat sound and a close-up on the ring in the lion’s mouth, which does not technically count as an ending. 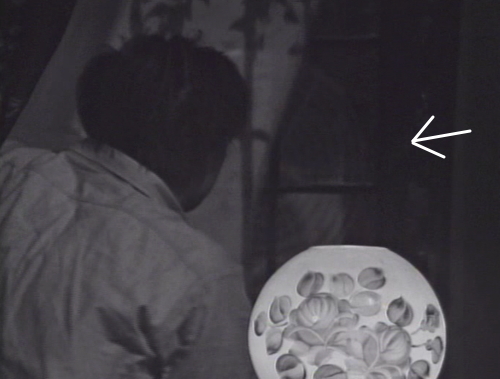 3 thoughts on “Episode 217: Not Enough Vampire in Your Vampire Show”