“The frightening thing was that Ben had looked like he’d cut his own head off.”

Yes, those were peaceful, happy days… up until the end. But then, we don’t think about that.

Why are we the way we are, Ben?

I don’t know what you’re talking about, Mr Daniel. 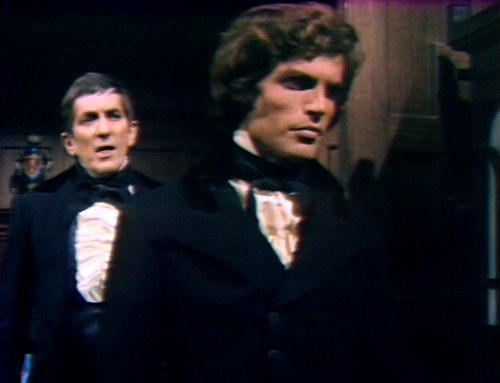 Did Quentin actually die at sea? 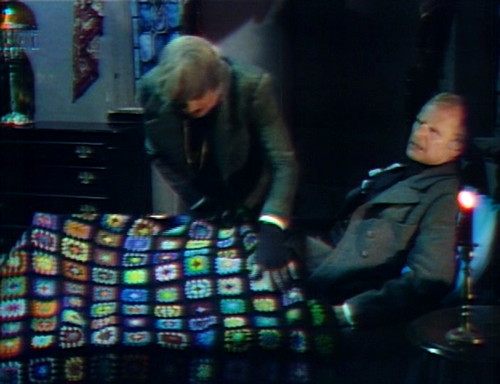 We’re a family born to tragedy. We seem somehow to invite it, and then thrive on it. What’s wrong with us?

You just try and get some sleep. 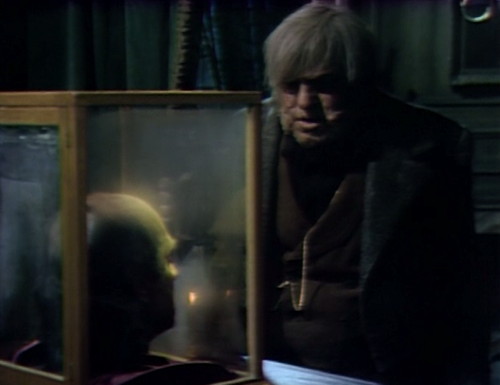 I know all about you! I’m gonna tell everyone, so you’ll be destroyed!

It’s so strange… seeing Barnabas, and hearing about the attack on poor Roxanne… made me think back to the winter of 1797. 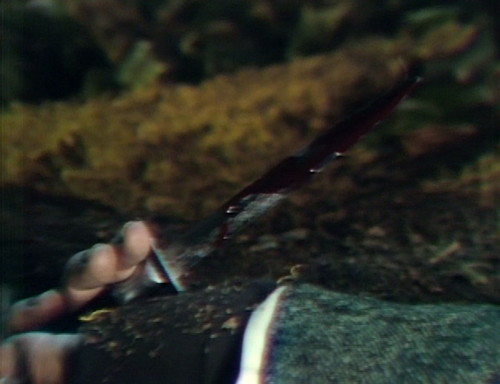 On the contrary, I feel great sorrow when people die. I might even be sorry if you die. 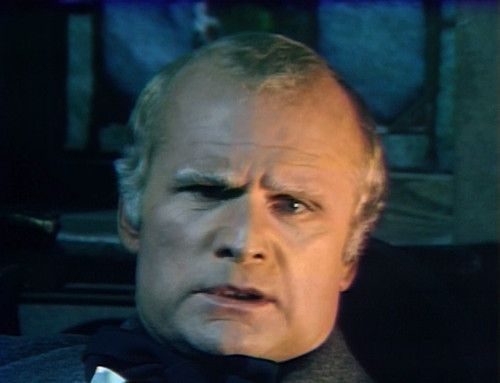 All the terrifying things that happened… the strange and vicious attacks in the village… the rumors about Angelique! The suicide of Barnabas Collins’ mother!

Would you prefer her to die here in Collinwood, alone in her bedroom, or in town, where there are witnesses?

I hadn’t thought of that. I rather like her dying in front of witnesses. 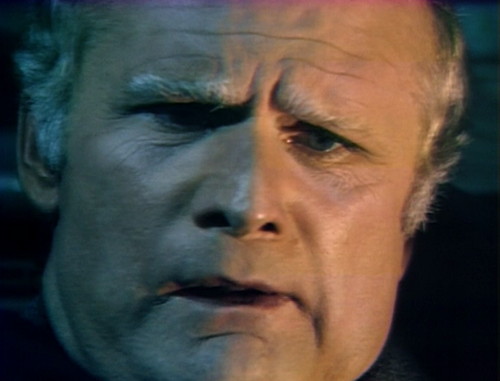 What happened, Ben? What caused it all?

Are you trying to tell me that you don’t believe my story?

I’m not trying to tell you anything.

What frightens me is the terrible feeling — it’s going to happen to us again. Some incredible horror that none of us knows anything about yet! 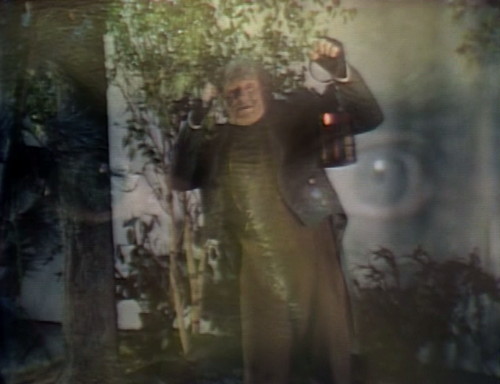 They marked it down as a suicide. The frightening thing was, that Ben had looked like he’d cut his own head off.

Why are we the way we are, Ben? 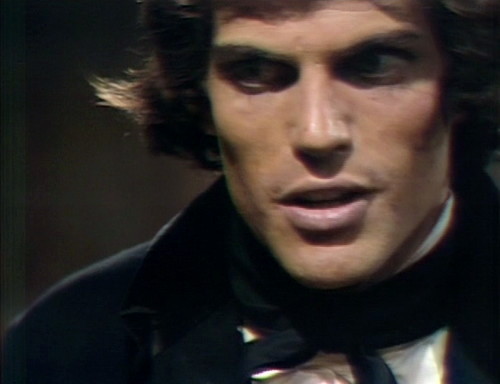 Oh, and by the way, I’m not using arsenic.

What happened? What caused it all?

Gabriel tries to step on Gerard’s line, when Gerard talks about minimizing his own risk.

When Samantha approaches Edith in the playroom, a studio light is reflected in the window.

Gerard says to Samantha, “Yes, and you started talking about, and thinking about Tad.”

When the scene shifts from the playroom to the drawing room in act 2, we can see the top of Gerard’s head as he dashes by the camera to get into place. Edith visibly reacts for a second, and when the camera pulls back to reveal Gerard, he grins.

Gabriel asks Gerard how long he was with the police, and Gerard responds, “Well, I recently, uh, when I went there, was — several hours of questioning with them.”

I cleaned up this quote above, what Gerard actually said was, “The frightening thing was is that that Ben had looked like he’d cut his own head off.”

When Gabriel looks at his pocket watch and says “Six o’clock,” we can hear someone flip a page in the script. Then there’s a scraping sound which is supposed to represent the horses pulling Gerard and Samantha’s carriage away, but it’s pretty hard to identify. As the clock starts to strike, there’s another page flip.

When the show visited 1897 back in March 1969, Edith Collins was an old, dying woman who knew a family secret that had to be passed to one person in each generation. The secret was that Barnabas was a vampire chained up in the mausoleum, and when Edith was introduced to Barnabas, she knew instantly that he was the secret.

Now, the obvious route for the secret would be Joshua to his nephew Daniel, and then to Daniel’s daughter-in-law, Edith. But we saw yesterday that Daniel didn’t know about Barnabas’ secret — so maybe it passed from Joshua to Ben, and then Edith. But today we see that Ben dies, apparently without passing it on to Edith, because she doesn’t react to Barnabas in the same way. So who told Edith, and when?

Another note: Samantha mentions Edith’s son at boarding school, but doesn’t refer to him by name. When that boy grows up, he’ll get married, and we see his grown-up children — Edward, Judith, Quentin and Carl — in 1897. The names of both parents in that middle generation are never revealed on the show; this is one of the important missing pieces in the Collins family tree.

And we see the Smith Brothers mustache portrait hanging in the Collinwood foyer today, in the spot where Barnabas’ portrait usually hangs. We last saw it in 1995, at Professor Stokes’ place. 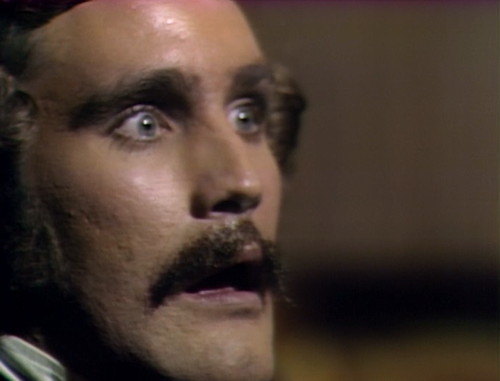