“You cannot deny that the cold exists in this room!” 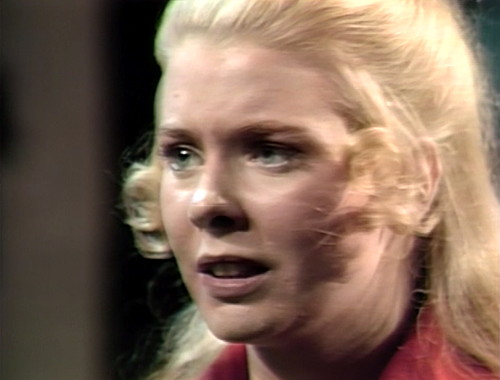 And she couldn’t speak, or walk, or anything! And there’s really nothing to be upset about! And what are you going to do? And you are, right now, aren’t you? And you mustn’t! Answer it. Are you sure?

Barnabas didn’t have a chance to come.

But, David, I don’t want to be alone in this room! But, David, we’ve got to! But how are we going to explain it? But how did we get in there, sitting at that table? But I can’t let you go there by yourself. But I think we should start thinking about other things. But I wanted to know how you were feeling. But something’s happened to her! But sometimes I do things I shouldn’t! But they won’t, ever, because we won’t tell them! But we almost did, and if we had… But we didn’t run away! But we haven’t left the room! But we should be grateful that nothing has happened for the past two days! But we will know, soon. But what if I did something wrong, and someone was hurt by it? But what makes the light go on? But you were the one that wanted to stay! But you were the one who said this morning that we wouldn’t be alone there. But you’ve got to promise me one thing!

Gerard, are you here? Gerard did this to her, to punish her! Gerard didn’t want Barnabas to come here. Gerard has stopped her! Gerard is angry with us. Gerard or Daphne, or Tad and Carrie? Gerard sees to it that no one ever tells, when they go into that room. Go on! 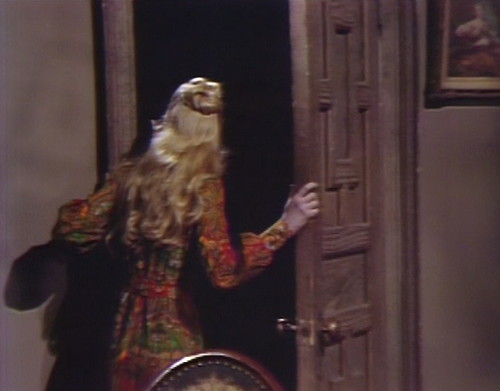 He doesn’t want him to know. He just locked the door, that’s all! Help you? Here it is! How? How? How? How different? I bet you if you go to your room, yours is gone. I can smell the lilacs! I can’t!

I feel different, and I know what we must do tomorrow. I felt a cold, cold air pass by me! I guess we know what we want to know now. I heard her say this morning to Mrs. Stoddard that she was attacked in the woods, but… I heard someone come in. I honestly don’t. I hope he has! I just do, that’s all. I just want to get this over with, and go home!

I think you should go to your room, and go to bed! I was being silly. I was hungry! I was in the kitchen! I was playing the game too. I wonder if she knows something about us, about the playroom, and Daphne! 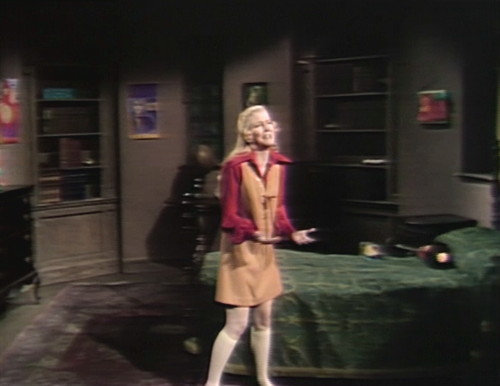 If Gerard knows that we put the doll in Rose Cottage… In our dream, when we were in the dolls’ house, we were the same size as the dolls! Is that why you want to do it? Is there anything you’d like me to do? It draws on cloth. It even looks like her, a little! It has to be done, David!

It is! It is, David! It scares me! It was awful! It was before. It was my fault as much as his! It won’t be for long! It won’t make me feel any better! It’s all beginning, just like I knew it would, David! It’s almost twelve! It’s locked from the outside! It’s Mrs. Stoddard’s horoscope for today.

Just promise me that.

Maybe I don’t! Maybe it’s because we haven’t gone to the playroom! Maybe they’ll find out something without us telling them!

No, you do what I told you to do, and I’ll be back in a little while.

Not if we were far away from the playroom, and the stairway, from the rooms in this house! Nothing! Now, you try and get better real soon. Now, you’ll have to cut this, after I draw the outline.

She hasn’t done anything wrong! She isn’t acting like Carolyn at all! She’s someone else! Something very important, and very special. Sometimes I wish we had. Sometimes you’re just as frightened as I am! Soon, David. Strangers?

That area over there, the one that’s fenced in, what is it? That’s right, Mrs. Stoddard. 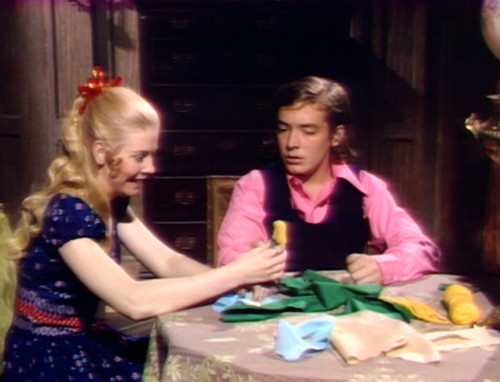 The doll is going to be someone — someone who’s going to live with us in Rose Cottage.  The dolls, they’re gone! The ghost of Miss Daphne, or Carrie, or Tad? The same thing has happened to the ship! Then there’s nothing we can do!

They can’t tell. They don’t intend to tell us anything! They just want us to come into this room! They mustn’t ever find out! They’ll come to us, and they’ll tell us what to do, and we’ll do it. This isn’t my home. To question him directly. Tomorrow, David. Tomorrow, you will know soon enough. 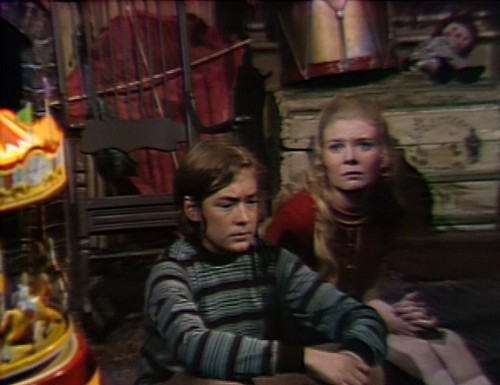 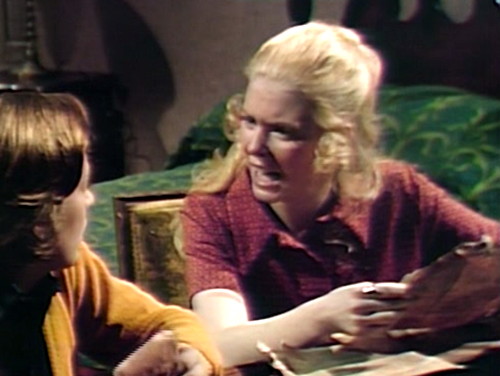 Whatever happens, we’re in this together. What’s happened to Maggie? What’s wrong?

When I see Carrie, she looks so much like me! When it said loved ones will meet a stranger, we met Gerard! Who are we going to say locked the door? Who will be with us?

Why? Why? Why, David, why? Why did this have to happen to her? Why don’t they come to us?  Will Barnabas find the room? Will it work? Will you stay here?

You actually think if we put this doll in Rose Cottage, that Barnabas will find the room? You can stop us from doing anything! You don’t? You don’t believe that, I know. You don’t want them to!

You had a dream! You know that! You mean, we’re going to be trapped in there? You mean, you’re not sick because of something I might have done? You started to, and you wanted me to go, too. You were happy!

You were right about the music. You won’t try to contact Gerard? You’ll have to do it, David, because my wrist still hurts. You’re going to punish us! You’re here, aren’t you? You’ve got to tell me what happened!

Barnabas trips on a line: “Well, it’s difficult to believe that anyone with second sight, with a talent like that, could get it that diff– that quickly.”

Barnabas tells Carolyn that she saw “the playroom that Julia and I saw in 1998!”

After Julia tries to call Stokes, there’s a loud cough from the studio.

When David walks downstairs, some sound is bleeding through that sounds like music.

The United States map has reappeared in David’s room, after a long absence. 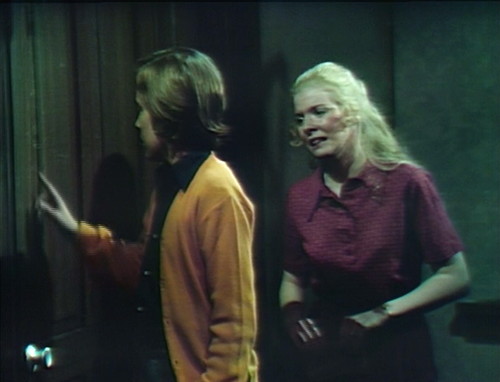