“I’m sure that there’s a rumor around that the Todds keep a pet rhinoceros.”

I hear a noise at the door, as of some immense slippery body lumbering against it.

I did not shriek or move, but merely shut my eyes. Strangeness had come into everything growing now. Terrified, I continued to repeat, “Warren, what is it? What is it?” 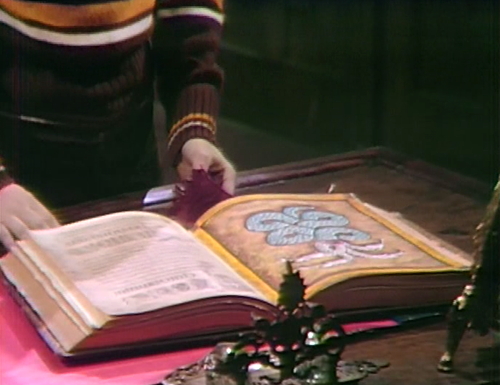 I must be careful how I record my awakening today, for I am unstrung, and much hallucination is necessarily mixed with fact.

It is all in that ancestral diary I found. The effect of this volume had not left me, and I felt a certain hesitancy in speaking of it, but curiosity overmastered all the vague fears which had steadily accumulated since my first glimpse of the house.

It was treasured and placed in its curious box by the crinoid things of Antarctica.

The thing must have happened at about three-thirty in the afternoon. As I sat deciphering the execrable French, I felt more lenient toward the old man.

The afflicted man was fully conscious, but would say nothing of any consequence; merely muttering such things as “oh, my ankles!”, “let go!”, or “shut in the tomb”.

Even now I can hardly describe what I saw, though it was clearly enough a sort of tiara, as the description had said. I have an odd craving to whisper about those few frightful hours in that ill-rumored and evilly-shadowed seaport of death and blasphemous abnormality. 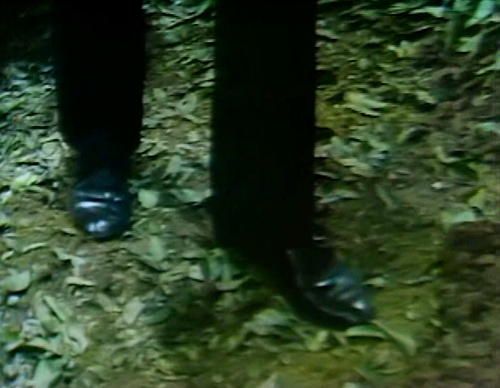 Now, he reflected, those nervous fears were being mirrored in his disordered dreams. The more I studied them, the more I wondered how he could buy any shoes to fit them. 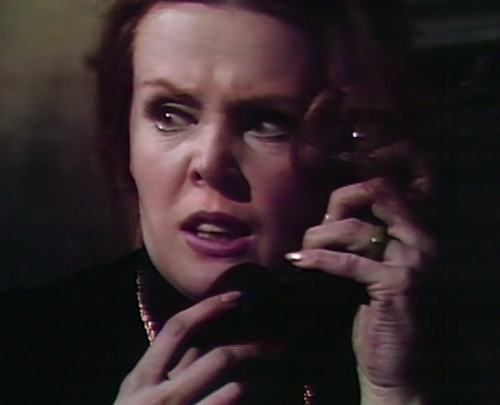 Madness was in all the Jermyns, and people were glad there were not many of them. There is a hideous look of family resemblance in them all — and that which is human is more horrible than that which is non-human.

It was in June that Blake’s diary told of his victory over the cryptogram.

In the doorway stood a person of such singular appearance that I should have exclaimed aloud but for the restraints of good breeding. At last I could feel a real shiver run through Manton.

Of what followed, members of “The Greatest Show On Earth” do not like to speak. The ape-princess, it was said, became the consort of a great white god who had come out of the West.

For an instant he was free of the astonished maniac’s hands, and in another instant a lucky lunge in the dark had put his own hands at his captor’s weirdly concealed throat.

A few of the organic objects tended to awake vague memories in the back of his mind. Then a sharp report from the outer world broke through his stupor and roused him to the unutterable horror of his position.

Was there a subtle phosphorescence of radio-activity about the thing? 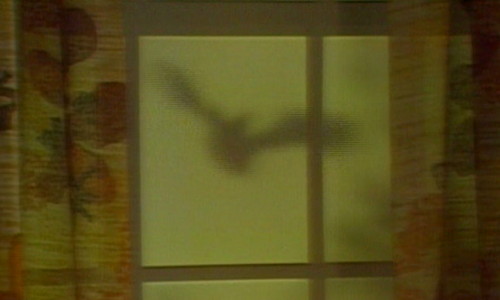 A singularly noiseless bat brushed by me, and I believe it touched Manton also, for although I could not see him I felt him raise his arm. I felt somehow in deadly peril, and drew out the peculiar ray-projector as a weapon of defense. Science, already oppressive with its shocking revelations, will perhaps be the ultimate exterminator of our human species.

Either I am mad or the world is in the grip of some sudden suspension of the laws of probability as we know them. Yet I soon subordinated all my fears to my growing curiosity and fascination.

“What I have seen would blast ye to a mad statue of stone!” He was again master of his mind, for he knew the very earthly and material peril he had to deal with. “Fool! Spawn of Noth-Yidik and effluvium of K’thun! Son of the dogs that howl in the maelstrom of Azathoth!”

When he was done I did not wonder that his mind had snapped a trifle, or that the folk of Arkham would not speak much of the blasted heath.

A week later the nerve specialists allowed him to leave his bed and walk in the open air.

With only a slight churning to mark its rise to the surface, the thing slid into view above the dark waters. I had never before seen so utterly loathsome and nightmarish a form. Very odd and ugly were these beings, as indeed are most beings of a world yet inchoate and rudely fashioned.

Digging had borne no fruit, and the scientists verified the fact of the utter vanishment. You see the things that float and flop about you and through you every moment of your life? 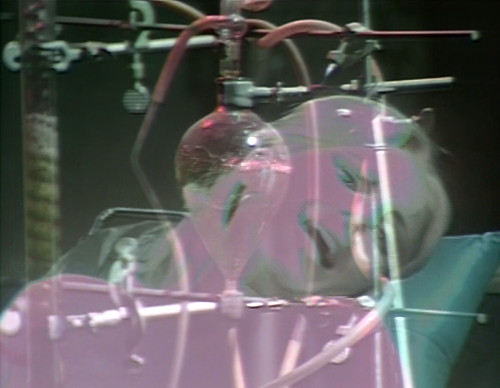 Meanwhile the luminosity increased, waned again, then assumed a pale, outré colour or blend of colours which I could neither place nor describe.

In her raving there was not a single specific noun, but only verbs and pronouns. The expression on her face was one of hideous malevolence and exultation. After an interval, however, we approached the pit again, and found the exhalations less unbearable.

“There’s been a certain change — in your personal appearance.” The change happened whilst I slept. Tonight I go as a Nemesis bearing just and blazingly cataclysmic vengeance.

I tried morphine; but the drug has given only transient surcease, and has drawn me into its clutches as a hopeless slave. But his next whisper found me still held inert in the chains of stark horror. “In the name of the Other Gods I spare you and charge you to serve my will!”

Andrews explained that he had revived my upper half first and could not account for the complete bodily paralysis. I followed his glance, and beheld just above us on the loose plaster of the ancient ceiling a large irregular spot of wet crimson which seemed to spread even as I viewed it.

Finally reason must have wholly snapped, for I fell to babbling over and over that unexplainable couplet of the mad Arab Alhazred. “You were afraid of the cosmic truth, you damned coward, but now I’ve got you!”

My impulse to visit and enter the temple has now become an inexplicable and imperious command which ultimately cannot be denied. 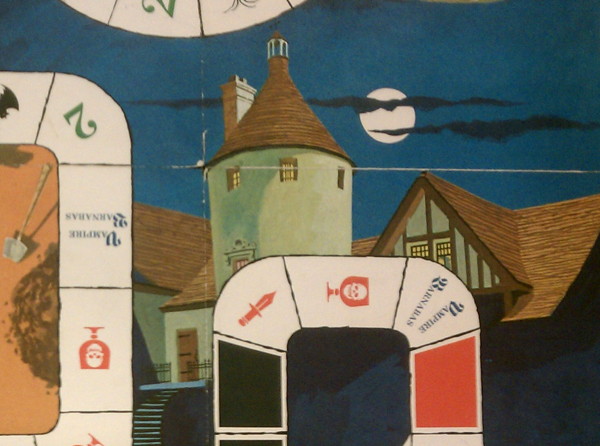 “There is beneath this house—sepulchred I know not where—an ancient forgotten One who will shew me the gateway I would enter, and give me the lost signs and words I shall need.”

Thenceforward the house was deserted; for other disastrous events—including three unexplained deaths, five disappearances, and four cases of sudden insanity—occurred when later owners and interested visitors attempted to stay in it.

Indeed, had they not themselves, in their high tower, often performed the very ancient and secret rite in detestation of Bokrug, the water-lizard?

I have been rehearsing the Chant that will transfigure the Nameless Thing, yet strange fears assail me even when I utter the syllables under my breath. If heaven is merciful, it will some day efface from my consciousness the sight that I saw, and let me live my last years in peace.

These sentences were taken at random from the following H.P. Lovecraft stories that I have not read: Beyond the Walls of Sleep, The Challenge From Beyond, The Colour Out of Space, Dagon, Dreams in the Witch House, The Diary of Alonzo Typer, The Disinterment, The Doom That Came to Sarnath, The Evil Clergyman, The Facts Concerning the Late Arthur Jermyn and His Family, From Beyond, The Haunter of the Dark, He, The Horror in the Museum, In the Vault, The Lurking Fear, The Music of Erich Zann, The Nameless City, The Picture in the House, The Shadow Over Innsmouth, The Shunned House, The Statement of Randolph Carter, The Temple, The Thing in the Moonlight, The Tree on the Hill and The Unnamable.

When she’s in the hallway outside the Chosen Room, Liz gropes for a while before recalling her line: “That couldn’t be a radiator!”

When Megan and Liz go downstairs and find the knocked-over table, there’s some studio noise — squeaking, and some light conversation in the background.

Olivia is shaky on her lines when she’s talking to Julia on the couch — it sounds like she says “No, not at all” in response to the wrong line, and there’s an awkward pause before she says “Someday, I must tell you all about her!”

There’s a quick glimpse of the boom mic early in Chris and Julia’s first scene together; you can see it when Julia turns and says, “Perhaps this will help.”

There’s a loud squeak when Julia stops Liz on the stairs.

Chris acts very worried about the painting being harmed by Olivia and Mr. Nakamura, but when Nakamura gives the painting back, Chris just tosses it from hand to hand, getting his thumbs all over the edges of the painting. There’s a moment when he absently rubs his thumb against the painting.

Chris asks Olivia to sign the autograph “in memory of our meeting at the Collinwood Inn”. She teasingly corrects him as she’s writing — “the Collinsport Inn?”

Mr. Nakamura is played by Sho Onodera, in his only episode. Onodera other credits include guest spots on Robert Montgomery Presents and The Phil Silvers Show, a part in a 1962 TV-movie adaptation of Teahouse of the August Moon, and a part in the film The Taking of Pelham One Two Three.

Olivia’s autograph is on the canary-yellow stationery that everybody’s using these days.

24 thoughts on “Episode 903: Sentences Taken at Random from H.P. Lovecraft Stories That I Have Not Read”