“I’d advise you to start running. Don’t stop, because those sounds will always be close behind you.”

Aristede has displeased his employer, the mad Count Petofi, for reasons that I don’t feel like discussing right now. Intent on tormenting Aristede to the grave, Petofi has summoned a demonic prison guard, Garth Blackwood — a man that Aristede murdered, years ago. Now Aristede’s on the run, with the implacable Blackwood following close behind, stomping and growling and rattling a chain.

This doesn’t help Count Petofi achieve any of his goals, but he does it anyway. I don’t really know why.

So we need to take a moment to appreciate Garth Blackwood as a daytime soap opera character. Wild-eyed and extravagantly bearded, Blackwood stomps into the room on his one good leg, boiling over with frustration and rage before he even makes it through the door. He’s gripping a length of chain between his black-gloved fists, eager to choke the life out of anyone who crosses his path.

He does not love; he does not reflect. He has very little interest in recapping the day’s events. He is a twisted creature of darkness. Oh, and he’s dead.

For a little context, take a look at this 1969 promo for General Hospital. It begins with some sepia-toned still images of newborn babies, and then starts throwing faces at us, accompanied by a fine mist of sentimental music, composed for strings and kettle drums.

General Hospital, an announcer says, as they mix shots of characters’ faces, hospital equipment and miscellaneous.

Where doctors and nurses dedicate their lives to that wonder which is a human being. They don’t specify which human being they’re referring to. 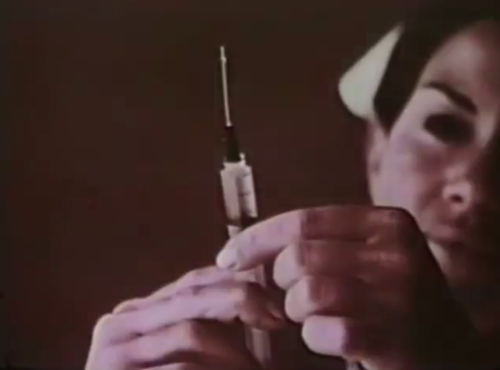 They hit us with some more photographs: A door that says EMERGENCY SERVICE. A hand, twiddling a knob. A nurse preparing a syringe. An assortment of scalpels. Another baby.

Doctors and nurses, with first names and last names, and tragedies of their own.

People intertwined, in ever-changing patterns of love and hope, loneliness and despair. 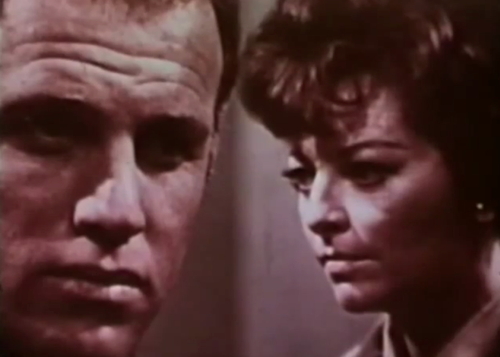 General Hospital — in color, on ABC.

“A prisonarrrr has escaped from Dartmoorrr!” the demon growls. “He was seen entering here! Are you concealing him?”

He takes a few halting steps, and once more addresses the wounded man lying on the sofa. “The penalty for harboring an escaped criminal is SEVERE!” he says, and the camera pulls in on the chain, grasped tightly like a garrotte. It’s not clear if this creature has dedicated his life to that wonder which is a human being. I doubt it.

Informed that the man he’s looking for has fled on foot, the vision in black is on alert. “He will not go farrrr,” he trills, eyes glittering. “The moors are treacherous. They are my domain!” And then he marches out the back door. This is what law enforcement is like in England.

Now, the thing to keep in mind here is that Dark Shadows is unbelievably popular right now. Housewives and teenagers are glued to this broken-down gypsy caravan like you wouldn’t believe. The American viewing public, given the choice between people intertwined in ever-changing patterns and Garth Blackwood clomping remorselessly across the imaginary moors, have opted for the latter.

They don’t even seem to care that the doctors and nurses have first names and last names; that means precisely nothing in their lives. The people want beetle-browed undead psychopaths, bursting into people’s homes in hot pursuit.

And yet General Hospital refuses to include even one murderous lunatic prison guard in their cast. It’ll never last, I’m telling you.

The scenery outside Tate’s front door is just a white screen; this is especially apparent when Blackwood enters and addresses Petofi. When Blackwood exits through the back door, there isn’t anything out that way, either.

Aristede tells Evan, “I don’t know what he’s planning, but he seems like a — he’s helped me tremendously.”

Garth Blackwood is played by John Harkins, who’s been on the show before. His Dark Shadows career goes all the way back to episode 174, when he played Lieutenant Costa, one of the useless police officers who investigated Laura’s apparent death in Phoenix.