Weekly To-Do list, from the Desk of Barnabas Collins (deceased):

Tell Elizabeth that she’s not going to die. Take her upstairs, and put her to bed. Take a phone message for Julia. Consult with Julia about Liz’s condition. Blame Cassandra for everything.

Put Elizabeth back to bed. Tell her that she’s not going to die. Offer a sedative. Tell her that it’s all in her mind. Discuss hiring plans for a new governess. Scold Amy for going outside without permission.

Brief Maggie and Joe on the recent disturbances. Bring Maggie upstairs for her job interview. Go through the onboarding checklist with her. Make sure she has a keycard.

Drive to Maggie’s house to see if Joe’s okay. Scoop up the remains, and drive it back to Collinwood. Deposit blood-stained trauma victim on the drawing room couch.

Insist that Joe stay the night. Prepare a bedroom for him. If you get a chance: ask him what it’s like to have a real storyline. 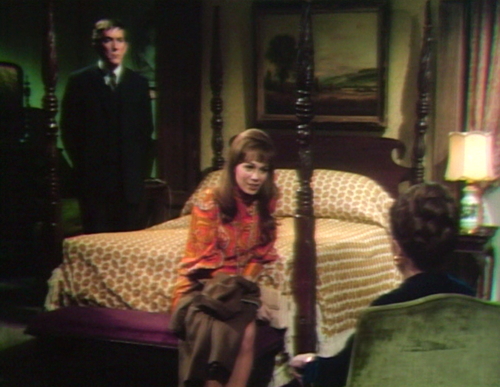 So that’s the thrilling story of Barnabas the butler, supporting character.

You know, I can remember back when Barnabas was an unstoppable force of destruction. It wasn’t really that long ago. People like to say that the vampire was “redeemed” as soon as Vicki came back from 1795, but that’s not true. He’s been taking hostages and conspiring to decapitate people this whole time.

I mean, it was only three months ago that he was planning to kidnap Maggie, and sacrifice her in an unholy mad science experiment. Now he’s sitting down with her to go over the benefits package.

Now, the important thing to understand is that this is not the culmination of a character arc that the writers are thrilled that they’ve finally completed. Sam Hall and Gordon Russell are not currently high-fiving each other and saying, “Awesome, Barnabas is a good guy, mission accomplished.”

Making Barnabas “good” is not a positive outcome; it’s a huge problem. Turning Barnabas into a butler has the potential to break the entire show.

Nobody really wants Barnabas to be “good”. Being good is only important if the character is a real human being who you’re planning to interact with. This is not actually the case, so anybody who thinks that’s what they want is really misunderstanding how storytelling works.

The hard truth is: what’s good for the character is almost always bad for the audience, and bad for the show.

For example, take young Christopher Jennings. Yesterday, Chris turned into a werewolf and almost killed his cousin Joe, one of his two living relatives. Joe stabbed Chris in the shoulder with a pair of scissors, and barely escaped with his life. Later, Joe showed up at Chris’ hotel room and learned his terrible secret, and then Chris asked Joe to take a pistol and shoot him as he transformed once again into a wild beast.

That was one of the worst days of Chris’ life. It was basically every nightmare that he’s ever had, all at once. It was also one of the best episodes we’ve seen in a long time.

And the terrible truth of this moment is that Barnabas’ story is over.

You can follow a clear path through Barnabas’ storyline from April 1967 to December 1968. Willie opens the mystery box, and Hell breaks loose. Barnabas kidnaps Maggie. Julia strikes a bargain with the devil. Vicki travels through time. Angelique throws a curse so powerful that it distorts history.

Roger marries a woman that he hardly knows. Carolyn is trapped in a root cellar. Dr. Lang has a heart attack, Sam goes blind, and Harry puts poison in Joe’s medicine. And all of that, every weird twist and turn — it all connects back to the box, and Willie Loomis’ original sin.

The vampire character that was only supposed to last for thirteen weeks has single-handedly powered the storyline for almost two years. And now, thanks to the Great 1968 Wrap-Up, that storyline is almost complete. 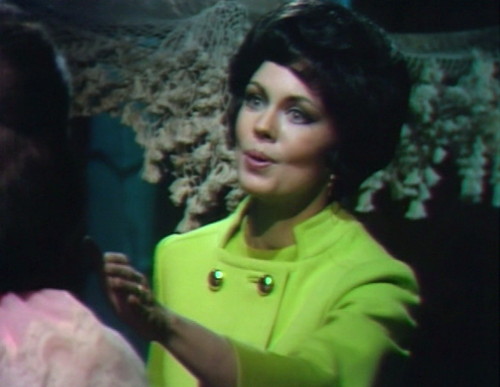 Now we’re sinking our teeth into the two big storylines of 1969 — Quentin’s ghost, and Chris the werewolf — and Barnabas isn’t involved in either one. I’m not sure that Barnabas has met Chris yet, and he’s never even heard of Quentin.

As the crowning blow, we see Angelique — Barnabas’ personal bespoke nemesis — twice this week, and she doesn’t even mention him. Barnabas is done. 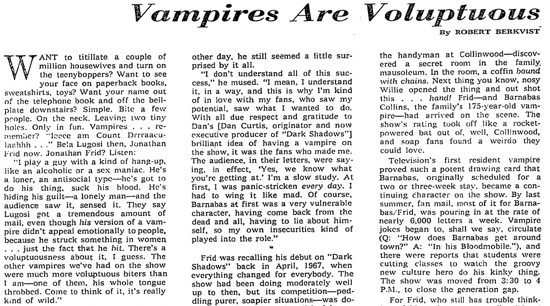 But try telling that to the audience. On December 29th, two days after this episode aired, The New York Times printed a peculiar article about Dark Shadows called “Vampires Are Voluptuous”.

Want to titillate a couple of million housewives and turn on the teenyboppers? Want to see your face on paperback books, sweatshirts, toys? Want your name out of the telephone book and off the bellplate downstairs? Simple. Bite a few people. On the neck. Leaving two tiny holes. Only in fun. Vampires… remember? “Ieee am Count Drrraaculaahhh…” Bela Lugosi then, Jonathan Frid now. Jonathan Frid? Listen:

“I play a guy with a kind of hang-up, like an alcoholic or a sex maniac. He’s a loner, an antisocial type — he’s got to do his thing, suck his blood. He’s hiding his guilt — a lonely man — and the audience saw it, sensed it. They say Lugosi got a tremendous amount of mail, even though his version of a vampire didn’t appeal emotionally to people, because he struck something in women… just the fact that he bit. There’s a voluptuousness about it, I guess. The other vampires we’ve had on the show were much more voluptuous biters than I am — one of them, his whole tongue throbbed. Come to think of it, it’s really kind of wild.”

Yeah, it sure is, and the wildest thing about it is that Jonathan Frid hasn’t played a vampire in eight months, so I don’t know why they’re saying that he’s better than Lugosi. Sure, Lugosi’s been dead for twelve years, but in this racket that’s not necessarily a disadvantage.

But if everybody’s still sending fan mail to Barnabas, then he needs to stay on the show, even if he has nothing to do. They just need to find a role for his character to fill.

Lately, the show’s been reaching out to the young set, those mad middle-schoolers who are buying the Barnabas board games and trading cards. And all of a sudden, wouldn’t you know it, Barnabas has an instant relationship with little Amy Jennings, who hugs him, and tells him that she’s afraid of the moon. 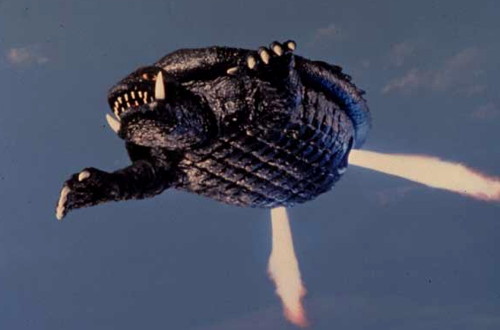 This is basically what happened with Gamera, the giant rocket-powered monster turtle from Japan. In the original 1965 movie, Gamera was your standard kaiju engine of destruction, rampaging through Tokyo until somebody figures out how to shoot him into outer space.

But people liked him, especially the kids, so by his third movie, 1967’s Gamera vs. Gyaos, he’s started making friends with random little kids. By 1968, Gamera was “the Friend of All Children.”

You wouldn’t think that kids would get particularly attached to a homicidal reptile war machine, but kids respond to fiction the same way that adults do — they like the interesting thing. That’s why you see kids fascinated with Gamera, and Darth Vader, and Barnabas Collins. It doesn’t matter whether they’re officially designated as “good guys” or “bad guys”. They’re the guys you pay attention to.

So this is the new Barnabas, accidentally. It’s not a particularly voluptuous role, and it’s certainly not something that anyone planned. But it’ll do, for now.

In act 1, just before Julia and Carolyn go into the foyer to pick up Carolyn’s luggage, a crew member’s head passes by at the bottom of the screen.

In the dream, when Liz is startled by laughter, you can see where the “grass” covering ends on the studio floor.

When Amy runs into Collinwood in act 3, she doesn’t close the door behind her, although there’s a sound effect of the door slamming shut. Over the next minute, Joe walks in and out again, and the door just stays open. 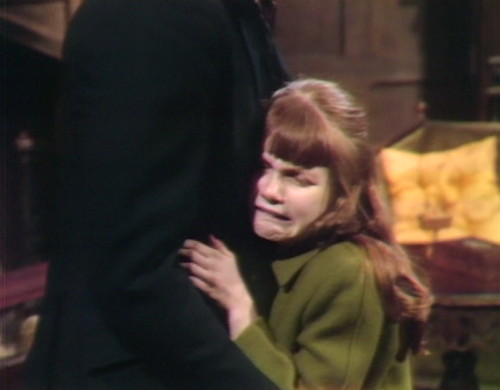 12 thoughts on “Episode 655: Accidentally Yours”