“We’re not robbing a grave, Willie. We’re dealing with an enemy.”

I know, everybody’s got their own problems, and when there’s an immediate crisis in your life, you tend to put off the long-term thinking, and just focus on what’s in front of you.

Still, I think that if your planned evening of grave-robbing is interrupted by an urgent need to go on a completely unrelated grave-robbing excursion — that is the moment that you need to stop and re-evaluate.

Barnabas and Julia have recently been instructed to re-animate a dead woman, so that the local Frankenstein monster can have a mate. I’m not even going to bother explaining why at this point; it’s just that kind of television show. At last count, there were four major characters on this show who are technically dead — Barnabas, Adam, Angelique and Jeff — but they still show up to work every day. That number’s going to go up by the end of today’s episode.

Barnabas has set up another mad science chop shop in his basement, and he’s instructed his servant, Willie, to go out and find some female corpses to strip for parts. Wilie has lodged several objections so far, with no results. Barnabas just acts like Willie is the problem.

Willie:  You know, every time I touched it, I felt sick. When I got back here, I couldn’t go to sleep. I put it down here, and I went to my room, and I just lay there, Barnabas.

Barnabas:  Well, next time, Julia will give you a sedative.

That’s the Dark Shadows version of an employee retention strategy, access to free sedatives. At a certain point, the concept of a hostile work environment stops meaning anything. 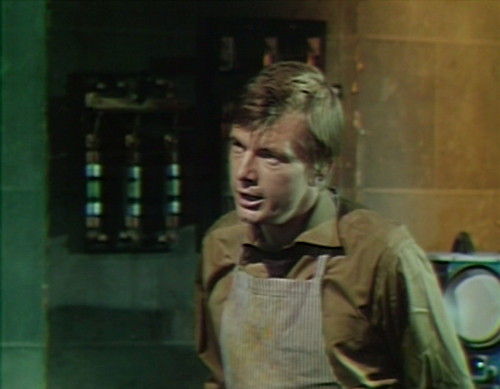 This leads to another anxious-Willie scene, which is one of my favorite parts of the show. Before Dark Shadows, John Karlen was a New York stage actor, appearing as an understudy in several Broadway productions. He’s moved to television full-time now, but as far as he’s concerned, he’s starring in a really-off-Broadway production of A Streetcar Named Desire. When the writers hit a snag and they don’t have enough plot points to get through the day, they can always turn to Willie for an impassioned monologue.

Willie:  Oh, no. No, sir. There ain’t gonna be no next time for Willie Loomis. You see, Barnabas, you don’t listen to people. You don’t understand; you don’t know how it makes a fella feel when nobody listens to him, do ya? That’s because people listen to you. You say no, people know you’re not gonna do somethin’. But me? Aw, Willie, he’ll come around all right. But no more — ya hear me? No more, Barnabas!

Willie’s picked up a new habit since he returned from a seven-month stay in a mental institution — in stressful moments, he refers to himself in the third person.

Willie:  Barnabas, you don’t realize how dangerous this is! Now, you just listen to Willie Loomis for once, because Willie Loomis is gonna be tellin’ ya that someday soon, you’re gonna have a lotta trouble! 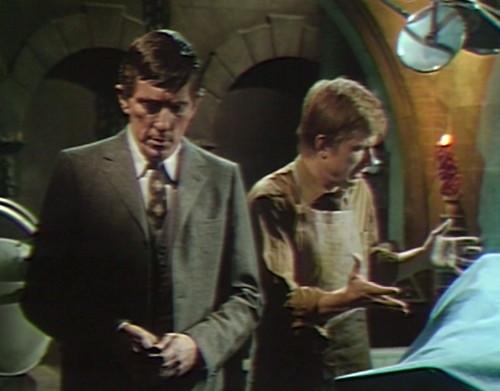 Willie also tends to be the character who asks the things that the audience wants to ask, and in this case, he’s got a stumper.

He says, “Even if ya bring this person to life, well, who’s gonna be the life force for it, like you was for Adam? Now, you tell me that. Who’s that gonna be?” 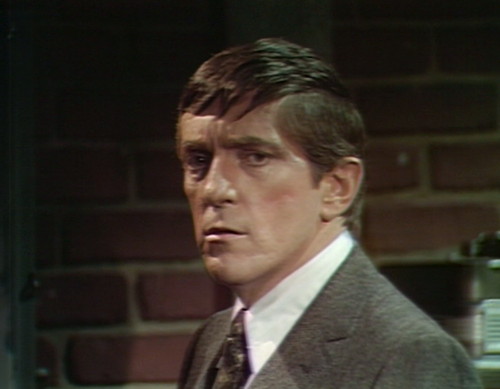 Barnabas looks thoughtful, and says, “I don’t know,” as if this absolutely had not occurred to him before. Apparently, Willie is the brains of this operation.

And then Julia comes downstairs with some bad news — Tom Jennings died last night from complications related to being bitten on the neck by a lady vampire.

For some reason, Barnabas and Julia have become convinced that a person who dies after a vampire attack will rise as a vampire the next evening. This has never happened before in their experience, but they say this is how it works now, and it opens up an exciting new plot development, so there’s nothing to do but go along with it.

I think that at this point, it’s safe to say that the television show formerly known as Dark Shadows has broken its leash, and is now crashing through America’s living rooms like a rogue elephant. This started out as a show that took place more or less in our world, with maybe a stray ghost hanging around in the background somewhere. Then there was a magical phoenix lady, and after that a vampire and a ghost, and then there was a witch and a dash of time travel. The show was definitely getting weirder as it went along, but there was still the general sense that the humans were basically in charge.

But it’s right here, today, in late summer 1968, that they hit the tipping point. The monsters are reproducing.

There are two different storylines crashing into each other, right here in the basement of the show’s most haunted of houses, and they’re both about monsters making monsters.

The Frankenstein monster wants a bride, and the vampires are creating more vampires, and the weird Satanic warlock is having a slave-recruitment drive. And we just spin from one insane crisis to another, and right now, it doesn’t feel like it ever has to stop. 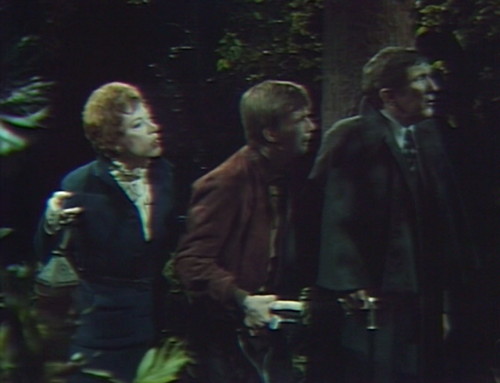 That’s how we end up on this new family outing, going to the graveyard to make sure that Tom Jennings stays dead. But the audience knows that Tom isn’t just going to lie there and let them pound a stake through his heart. Serialized narrative is a ravenous engine that runs on plot points, and it must be fed.

So here we are, in a graveyard, during one of Collinsport’s many dry thunderstorms, digging for treasure. Apparently, somebody managed to carve a headstone with Tom’s name on it in less than a day, and Willie can hoist a coffin out of the ground by himself without actually digging much of a hole.

In fact, it turns out that Tom’s coffin is empty, which is one of the most head-scratching plot twists ever assembled. When exactly did Count Houdini make his daring escape? They put the body in a coffin, lowered the casket into the grave, and filled up the hole. I think they would have noticed if there wasn’t a guy in the coffin.

But none of that matters. It’s silly and illogical and utterly grotesque, but once you jump on a runaway train, it’s too late to ask the conductor for a timetable. All you can do is hang on.

There’s an unbelievable amount of studio noise during the teaser, when Julia is asking Joe about Tom. It sounds like carts being pushed around, and you can hear people talking over a speaker.

At the end of the teaser, Julia says that if Tom was attacked by a person, then the police should be involved. Joe says, “Yes, they should be. But they won’t be, ever. Because he’s dead.” Joe apparently believes that if someone is murdered, then the police have no jurisdiction.

It’s hard to tell if there’s a blooper at the end of act 2 or not. Willie and Barnabas are arguing over what to do about Adam. Willie heads for the stairs, saying that if he ever sees Adam, he’s going to kill him. Barnabas barks, “Willie!” and marches over to the stairs to stare at his servant. It seems like a moment where he should have had another line, but instead he just glares at Willie, who turns and walks away.

When they arrive at Tom’s grave, Willie worries, “Barnabas, what if somebody comes?” Barnabas snaps, “Stop… no. Start, Willie. Now.”

This isn’t a blooper, just a retcon in the making: When Joe tells Julia that his cousin Tom wanted to be buried right away, he says, “I’m his only relative, so it’s up to me.” As we learn in a few months, Tom actually has a twin brother and a little sister.