“Please, take pity on me. Don’t torture me like this.”

It’s a Ron Sproat script today, which means that Vicki’s locked up and she’s not getting away any time soon. This is a bit of an obsession with Sproat, an old-school soap writer who knows that the only question worth asking is: What are we going to do tomorrow? If he can’t come up with a good answer to that question, then he stuffs a girl into a closet and keeps her there for a week.

Now, to be fair, it was Gordon Russell who actually put Vicki in stir this time; Sproat is just the guy keeping her here. But I don’t see any reason to be fair today. If life was fair, I’d have enough material to stretch this out to a full blog entry. And yet, here we are.

I’m not crying wolf about that, by the way; I really am struggling to keep hold of my will to live right now. This is the fourth episode this week about Adam, the cranky Frankenman, who’s been hiding out in this dingy room for three weeks solid and is growing increasingly dissatisfied with it.

This is supposed to be his secret hideout from the police, but there’s currently five people who visit him almost daily, and he’s started breaking curfew to go out into the woods and kidnap people. He’s not really hiding anymore; he’s just not paying rent. 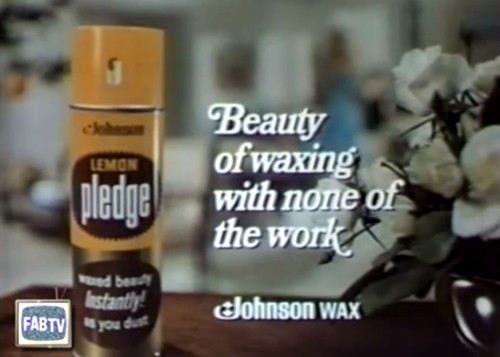 And, honestly, would it kill him to brush away some of the cobwebs? He’s on a television show that’s sponsored by household cleansers; it’s got to be driving the housewives in the audience absolutely out of their minds. Stop moping and start mopping. 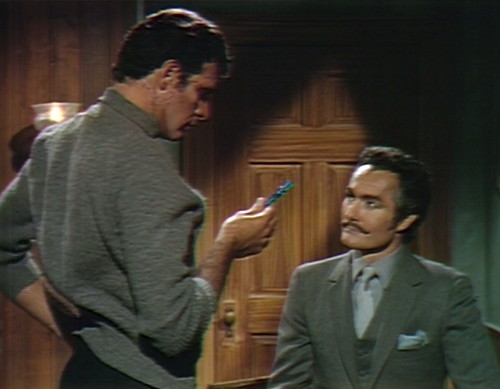 But it’s clear that today they’ve got their eye on Dark Shadows’ other demographic — the teenagers of 1968.

Adam:  What is this? 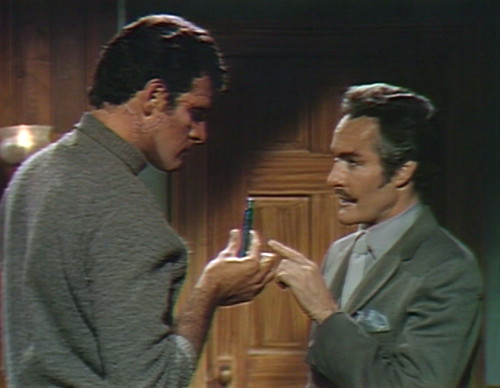 Yes, they really say that. It’s the best moment of the day.

Nicholas:  It’s something to make her sleep. When she regains consciousness, give her some food. Put this in it. She won’t give you any trouble.

So there you go; that’s how we deal with our problems, Dark Shadows style. This is like the CIA’s how-to manual on detaining governesses. 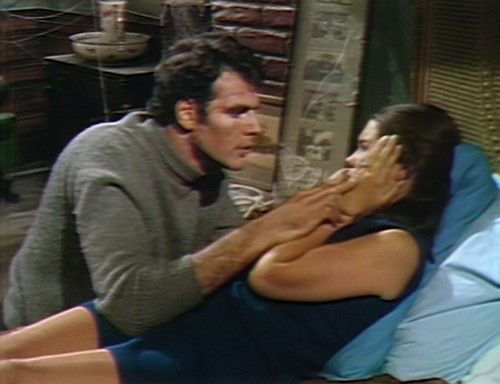 So it’s all rather drab, and depressing. Adam follows through on the enhanced interrogation technique, ping-ponging from “I’m not going to hurt you” to “You will be quiet or I’ll have to kill you”, and then back again.

And every time Adam frowns, I see the cute character that I like fading away.

I’ve been generally upbeat about Adam until this week, because he’s mostly been adorable. Adam was once a happy little puppy, eager to please his friends and learning to say “table”. Now he’s got a semi-permanent mad-on, and it’s a downer.

And sadly, Robert Rodan just isn’t as good at being stern. You can see him trying to show us that the good guy is still in there, but it’s a hard job, and I’m not sure he’s up to it. 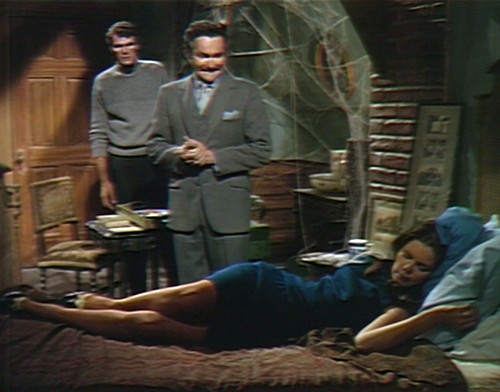 Unfortunately, this situation is making me less fond of Nicholas, too. I’ve really enjoyed his mustache-twirling villainy so far, but now he’s building up his evil cred at the expense of a storyline that I used to like.

Now, to be clear, I’m not opposed to people doing bad things to each other on television. A villainous character is supposed to do villainous deeds. You can love Darth Vader as a character, even if you wouldn’t want him to join your bridge club.

But the misdeeds are supposed to make the show more interesting, not less. Nicholas has taken a character that I had a serious crush on, and turned him into a character that bores me. This is not progress.

This sequence is proving that the show needs to focus on visual spectacle if we’re going to get anywhere. There was a time when Adam lumbering around with a chain attached to his leg was a diverting novelty, but leaving him in a cramped room for weeks has taken the shine off considerably.

If they want to make this show exciting again, they’re going to have to come up with something new for us to look at. For a preview of what they do next, check out the picture at the bottom of this page. See you Monday!

In the teaser, the final music cue starts too early, and they have to start it over again.

Jeff trips over a word when he updates Carolyn on Tom’s condition: “They managed to get him to the hospital in time to give a transfoo-fusion. But he’s barely alive.”

When Adam walks over to the closet door with the vial in his hand, the camera that’s tracking with him bumps into something, and you can see one of the studio lights.