“This is what you wanted, and you’re having it.”

Okay, you remember when Carolyn decided that she was going to get the key to the locked room in the basement? Well, that was exactly four weeks ago, and since then the story has not progressed a single step. 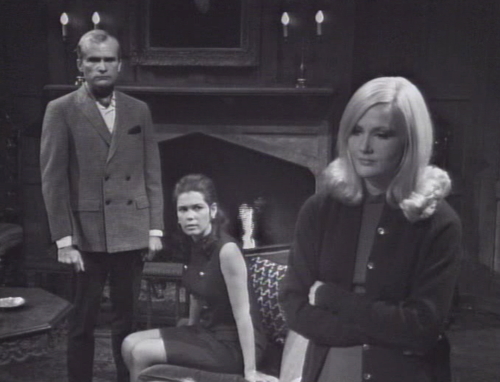 Somehow, Carolyn has got it into her head that Jason is blackmailing her mother, and it’s because of something hidden with her missing father’s possessions in a locked room in the basement.

The reason why she thinks that is because that is exactly what is going on. 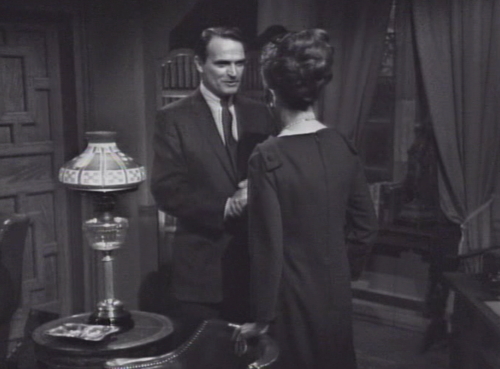 So Jason comes up with a brilliant idea, which is: Open up the locked room, pretend that there’s nothing there, and get everybody to stop talking about it. When Liz killed her husband eighteen years ago, Jason buried the body under the floor — there’s nothing to see in the room, unless you know what you’re looking for.

He explains this plan in great detail.

Then Liz says, “What are you saying?” and he explains it all over again. 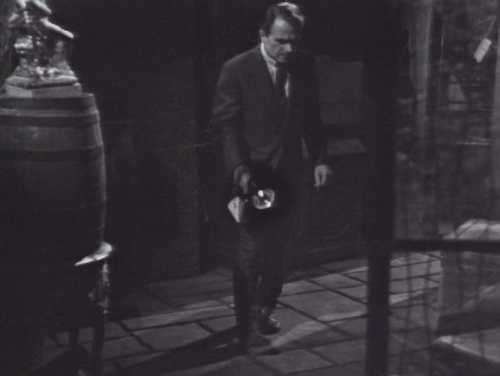 Now, this scenario is getting dangerously close to actually advancing the plot, so they decide to eradicate all possible sources of tension by having Jason go downstairs first, and make sure that there’s nothing to see in the locked room.

This leads to an unbelievably slow sequence with Jason creeping downstairs, opening the locked door, looking around in the ordinary-looking storage room, and then locking the door again.

And here’s where we learn an important lesson about suspense: you’re only allowed to slow down like this if there’s any possibility that something surprising might happen.

But there’s no surprise here — Jason told Liz that he was going to go downstairs, open the room and make sure there was nothing suspicious. Now he’s doing exactly what he said he would do.

They even drag out the moment when he closes the door and locks it again, which is unforgiveable. If opening the door didn’t get us anywhere, then how are we supposed to feel about closing it?

Jason goes upstairs and reports back to Liz, telling her all about the scene that we just watched, where he did exactly what he said he was going to do in the scene before.

In the drawing room, Roger, Carolyn and Vicki are still sitting around having the same board meeting. They talk things over, and come to the exact same decision that they arrived at three scenes ago, three days ago, and four weeks ago.

Finally, Liz comes in and offers the key to Carolyn, and they have the following excruciating exchange:

Liz:  Are you prepared to go downstairs?

Liz:  Then I’ll open the room.

Oh, for God’s sake. It’s astonishing, really, that there’s only been one murder in this family. 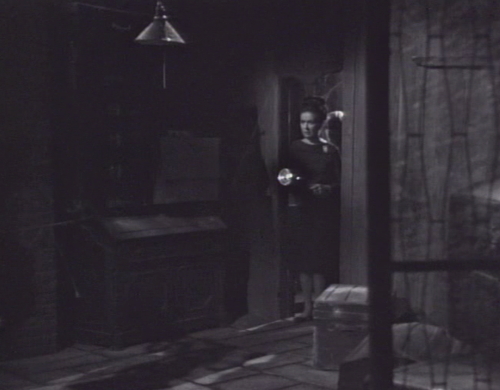 Everybody heads downstairs to the basement, and there’s another endless unlocking-the-door sequence. Then we see everyone walking into the room that we just saw five minutes ago.

The worst thing about this episode is that the characters aren’t even being smart. They’re convinced that there’s a secret hidden in this room — and they’re exactly, 100% correct about that — but they’re acting like it would never occur to either Liz or Jason to come downstairs and hide the secret thing, at any point in the four weeks since Carolyn first brought it up.

Even though we know that’s possible, because Jason just did it five minutes ago, and nobody noticed.

Searching the basement goes just the way Jason said it would go at the beginning of the episode. We see Roger, Carolyn and Vicki each stepping across the spot where Paul is buried, which is cute. But they don’t find anything, and everyone apologizes.

Overall, this is a really strange way for a soap opera to behave. This episode is basically a plot-killer, closing off potential story development. That’s pretty much the first thing that soap opera writers are supposed to never do. 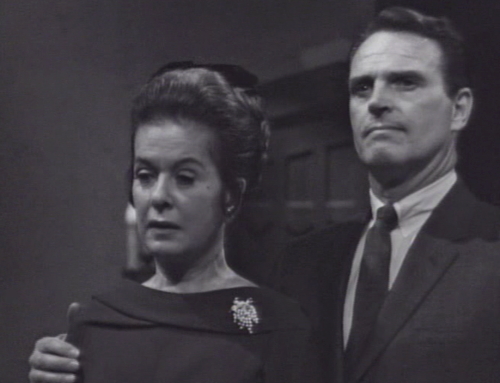 Dark Shadows bloopers to watch for:

In the first scene, Carolyn trips over Roger’s line:

Carolyn:  I’m left with the other alternative — to break in.

Roger:  Well, that’ll take some doing. You want my help?

(There’s an awkward pause as she realizes that wasn’t her line. She smacks the arm of the couch.)

4 thoughts on “Episode 249: That Room with Those Things”